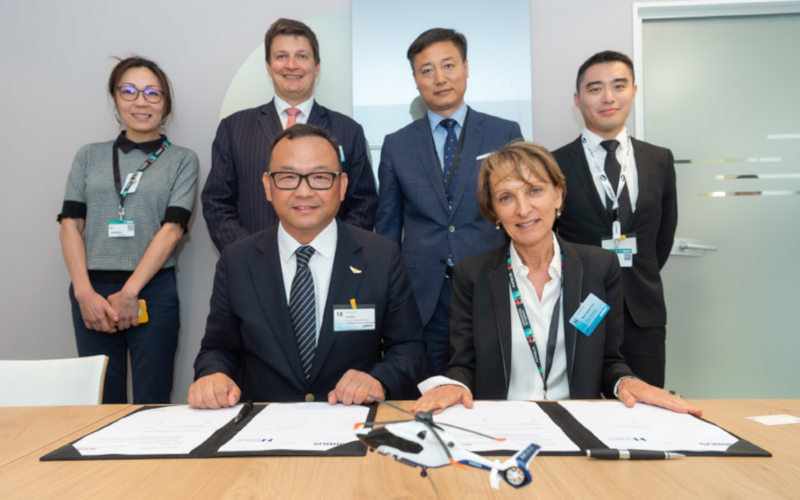 Shenzhen Eastern General Aviation Company signed an agreement for one ACH160, becoming the launch customer for the VIP version of this medium helicopter in China. The ACH160’s entry into service is planned for 2020.

The aircraft will be used to perform mainly private and business aviation (PBA) missions around the Guangdong-Hong Kong-Macau Greater Bay Area of China, which is home to approximately 70 million people and contributes to 12 per cent of China’s GDP.

As a general aviation operator in the Greater Bay Area, Airbus explains Shenzhen Eastern GAC is the only general aviation company in China to participate in a pilot project that explores the easing of low-altitude airspace regulations in China. The company, continues Airbus, was also the first Chinese helicopter operator to fly between Hong Kong and the mainland. Its in-service helicopter fleet is made up of 12 aircraft, including three light twin-engine Airbus H135 helicopters.

“The ACH160 is the natural next addition to our Airbus fleet of H135s as we look to bolster our PBA presence in the Greater Bay area and explore new opportunities targeting the private aviation market for which we already have a well-developed infrastructure in place,” said Zhao Qi, chairman of Shenzhen Eastern.

The H160 is Airbus Helicopters’ innovative medium twin-engine helicopter designed to create added value for customers in terms of performance, economic competitiveness, safety and comfort. Configurations being developed include offshore transportation, business and private, public services, and commercial passenger transport. Its entry into service is planned for 2020.