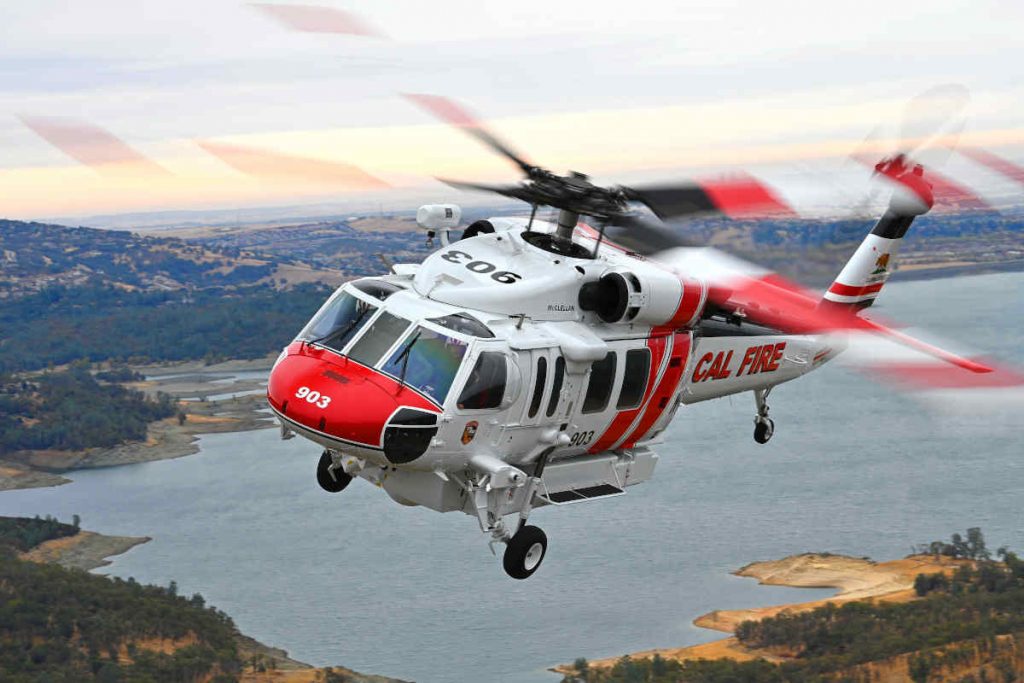 United Rotorcraft, a division of Air Methods Corporation, has awarded Sikorsky, a Lockheed Martin company, a contract for five S-70 BLACK HAWK helicopters. The bulk order will enable United Rotorcraft, as the only company authorized by Sikorsky to modify BLACK HAWK aircraft to the FIREHAWK configuration, to deliver these new production aircraft for aerial firefighting.

“The FIREHAWK helicopter is fast becoming one of the most powerful and effective aerial firefighting assets in California, attacking and extinguishing wildfires before they spread out of control,” said Larry Alexandre, president, United Rotorcraft. “Acquiring five S-70 BLACK HAWK aircraft from Sikorsky with deliveries over the next seven to 18 months confirms United Rotorcraft’s commitment to the FIREHAWK helicopter and its mission, and ensures their availability to support future demand from U.S. Western States or firefighting agencies around the world.”

Sikorsky will produce the five S-70 BLACK HAWK aircraft at Lockheed Martin’s PZL Mielec manufacturing line in Poland. Deliveries to United Rotorcraft’s 55,000-plus square foot completions facility in Colorado are expected between early 2022 and mid-2023. The first aircraft received will be configured as a FIREHAWK helicopter for the State of Colorado, which announced its contract with United Rotorcraft on August 16.

“Sikorsky and United Rotorcraft have worked closely for 25 years to develop, test and upgrade two S-70 variants of the FIREHAWK helicopter for the Los Angeles County Fire Department, CAL FIRE and the San Diego Fire-Rescue Department,” said Jason Lambert, vice president of Sikorsky Global Commercial and Military Systems. “We applaud United Rotorcraft’s bold leadership to bring the toughest, safest, most reliable fire suppression and rescue helicopter in existence today into the hands of first responders sooner than ever.”

To modify a Black Hawk helicopter to the FIREHAWK configuration, United Rotorcraft installs and integrates a 1,000-gallon (3,785-litre) external water tank system to the aircraft’s belly. Sikorsky explains fingertip controls allow pilots to drop the precise amount of water with high accuracy and refill the tank via a retractable snorkel in 60 seconds or less while hovering 10 feet over a water source.

United Rotorcraft works hand in hand with public agencies to further customize the aircraft, as needed, from communications and navigation systems, to cabin interiors, transforming the FIREHAWK into a true multi-mission aircraft, with the ability to transport up to 12 firefighters, provide medical care on board, or perform search and rescue operations.