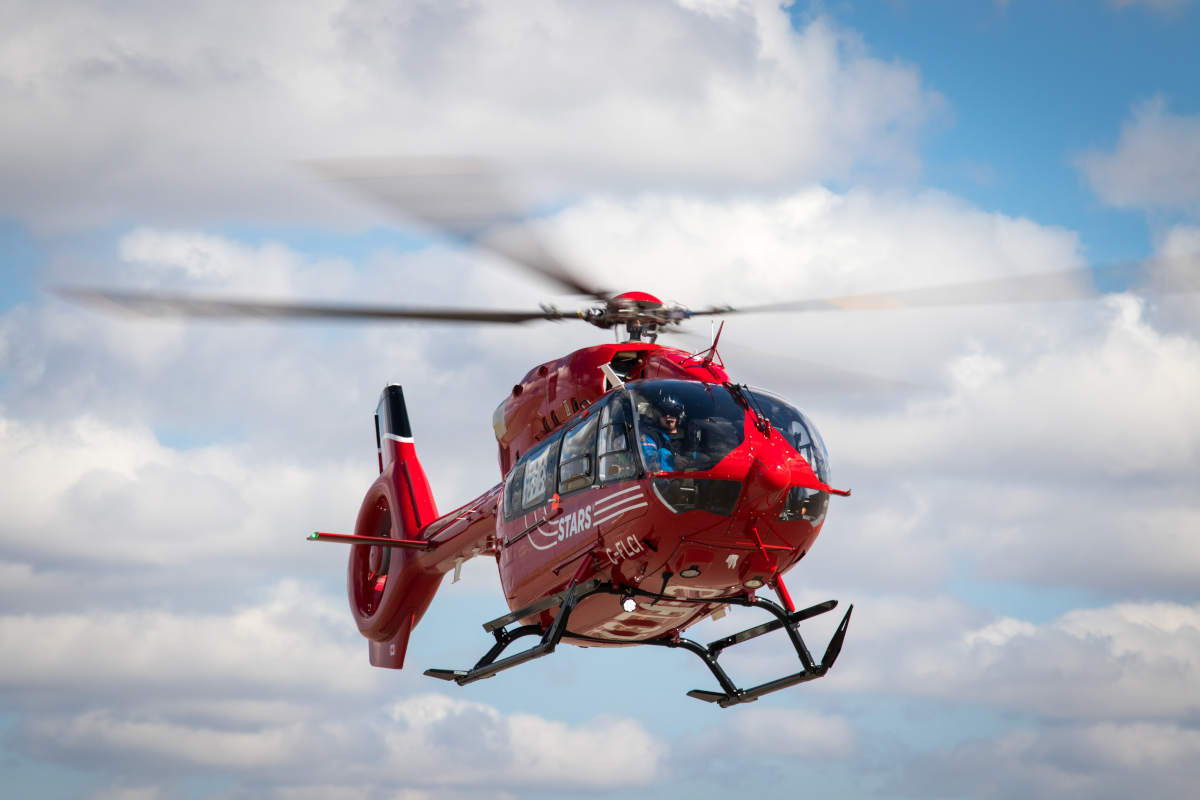 Together with patients, crew and supporters, STARS officially welcomed its new Airbus H145 helicopter to Northern Alberta and the Peace Region today. The new aircraft model, which will fly missions from STARS’ Grande Prairie base, is part of an initiative to replace and renew the non-profit air ambulance’s fleet across Western Canada.

“Today is about celebrating the fact that our fleet renewal program is now a reality,” said STARS president and CEO Andrea Robertson. “It is also about paying tribute to our community allies who helped build STARS in this part of the province fifteen years ago and who have sustained it ever since.”

The milestone event was marked with a celebration at the STARS base in Grande Prairie that included federal, provincial, and municipal government representatives, community partners and allies, and STARS crew and former patients.

In honour of STARS’ focus on the critical care of patients in need, the helicopter participating in today’s event carries the registration mark C-FNPT, with the “FNPT” signifying “For the Next Patient.”

The H145 helicopter has already helped patients in the area, having entered service just last week after months of aviation, medical and engineering personnel training in Grande Prairie, Ontario and Texas.

In 2018, STARS unveiled its multi-year Keep the Fight in Flight capital campaign to renew its fleet of BK117 and AW139 aircraft with new, medically-equipped Airbus H145 helicopters, at a cost of CAD $13 million each.

“The bulk of our aging fleet are no longer being built and are becoming costlier to maintain,” said Robertson. “Additionally, independent assessments of the sustainability of our fleet told us we needed to move from two aircraft types to one.”

An extensive review resulted in the selection of the Airbus H145 aircraft as the best option for STARS’ new fleet. It offers cutting-edge technology, advanced safety features, and an updated version of the medical interior found in STARS’ existing helicopters.

Thanks to government, community and corporate support, the not-for-profit charity began taking delivery of the state-of-the-art H145 helicopters in 2019 and has since flown hundreds of life-saving missions in the new aircraft from other bases.

All six STARS bases across Western Canada will be operating the new helicopter model later this year, thanks to the generous support of donors.

“Our supporters ride along with us on every mission, and now they have helped us build the next STARS fleet,” said Robertson. “These new aircraft are an investment in our ability to serve the people of Grande Prairie and region for decades to come, and we’re incredibly grateful to the community for helping us reach our goal.”