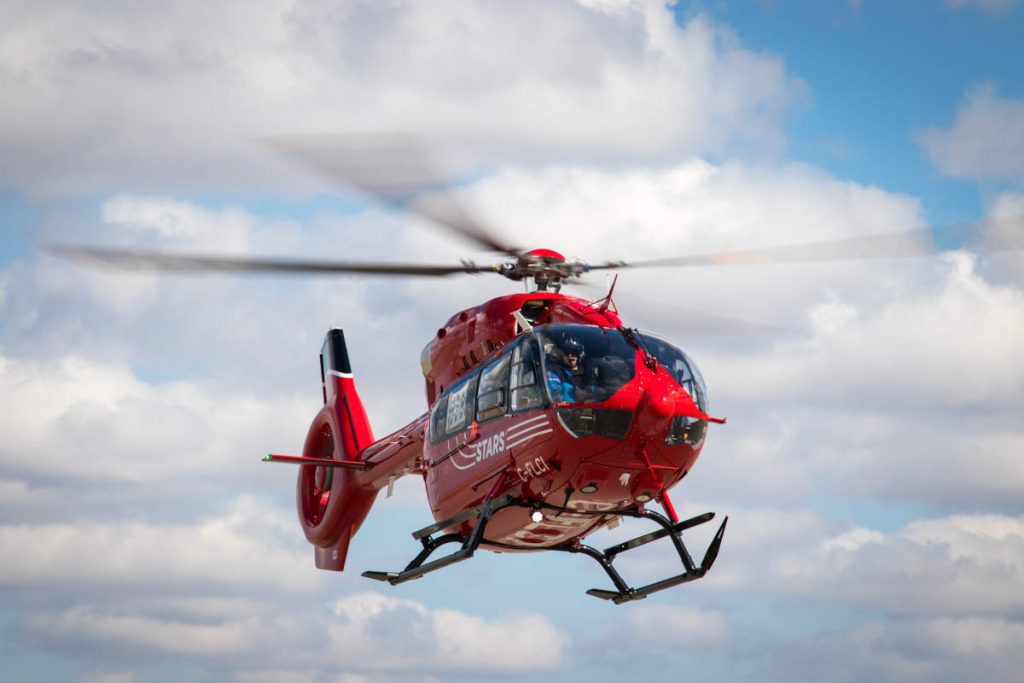 Senior Municipal Relations Liaison for STARS, Glenda Farnden, said despite challenges encountered during the height of the COVID-19 pandemic, the organization has largely been able to maintain its regular practises.

According to the annual report, 20 per cent STARS’ funding was acquired from AHS, while 80 per cent of their nearly $40 million annual budget was generated through fundraising efforts to run three bases in Alberta – Grande Prairie, Edmonton, and Calgary.

STARS is currently engaged in discussions with AHS which may potentially see their government funding increase to 50 per cent of their annual budget, though it is unconfirmed whether the funding increase will be formalized.

“There has been lots of challenges as far as fundraising, (such as) COVID-19 challenges – not being able to hold events, that is a big part of our fundraising, as well as with our calendar campaign not being able to have a presence in rural communities,” said Farnden. “We continue to strive and move forward, but we really do count on a lot of our mainstay donors which includes our municipalities across the province, which includes (Strathmore) as well.”

Also within the report, it is indicated that roughly 82 per cent of STARS expenditures are split between aviation and clinical operations.

Farnden reported 2022 to be the fourth year running STARS has maintained a 12 per cent expenditure for operating their bases, as well as administration.

She added according to the CRA, charitable organizations are allowed up to 35 per cent of their annual expenditures to be through administrative costs.

Stats available for Strathmore and Wheatland County within the report show numbers made available up to Sept. 30.

A total of 36 missions have been dispatched up to the recorded cutoff date within Wheatland County. Of these, 12 were within Strathmore Hospital, defined as critical inter-facility transfers, and five were noted as scene calls within Strathmore.

“You have a very busy hospital here, so it is important to recognize that STARS is able to not only support them in terms of transferring patients, but also for the fact that we can have virtual consultation with local doctors and provide that guidance in critical care,” said Farnden.

Among the eight counties noted in the STARS report, Wheatland County saw the second to highest mission count deployed within the last five years. Foothills County was the leader in that metric.

“We are well known for our critical care expertise – it is mandatory for (crew members to have) 160 hours of training each year,” said Farnden.

This training includes on site and mock scenario training with survival partners.

For those who may be interested in supporting STARS or finding out more about potentially working with the organization, details are available online via their website.