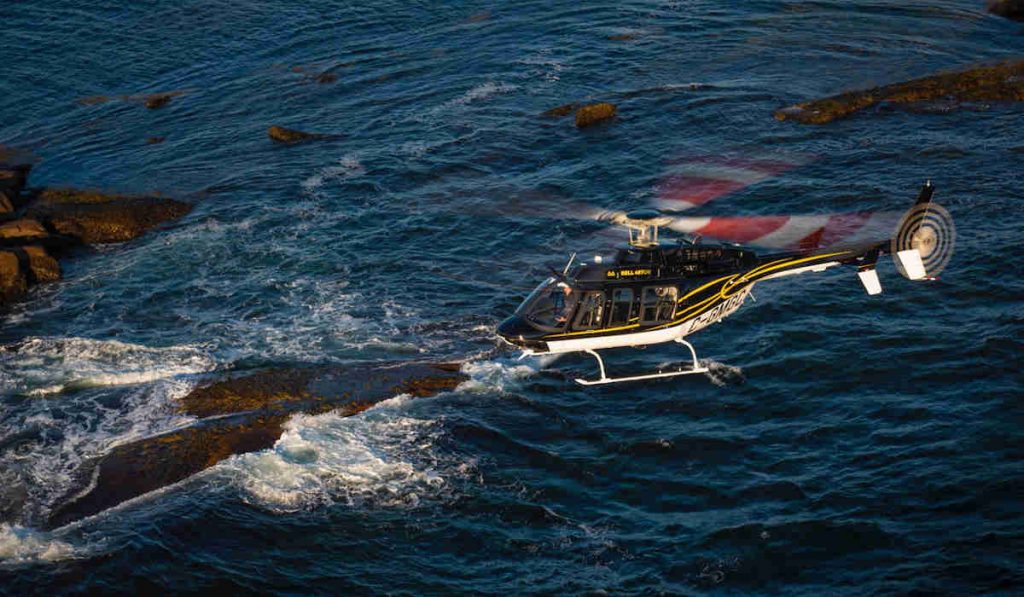 The Bell 407GXi for Municipal Enterprises was completed and delivered at Bell’s facility in Mirabel, Quebec, which has produced more than 5,000 helicopters since 1986. (Photo: Peter Handley, Bell)

Bell Textron plans to provide a static display of its Bell 505 and Bell 407GXi helicopters at the upcoming Aerial Firefighting Conference, March 31, 2020, at Abottsford International Airport, YXX. The company is also offering demonstration flights with both helicopters to qualified operators and fire-agency personnel, immediately following the event.

If you are interested in arranging a demo flight, contact us. For more information about the one-day Aerial Firefighting Conference, presented by Wings and Helicopters, and to register visit Aviationforum.ca. Early-bird pricing of $95, including lunch, continues until February 28.

In addition to its static display and demo flights, Bell is the Networking Break Sponsor of the March 31 conference, which includes five keynote sessions for operators and fire agencies. The event is also sponsored by Viking Air and Conair (Platinum), Babcock Canada, Helicopter Association of Canada and Sikorsky (Gold), Cascade Aerospace and Executive Flight Centre (Silver). These sponsors will also be exhibiting at the event, along with Guardian Mobility – Metro Aviation, fire AI, PEAR, SEI Industries, Select Helicopter Services, spidertracks, Taiga Aerial Intelligence and tracplus.

Bell helicopters on static display
The 407GXi was introduced at Heli-Expo 2018, shortly after receiving its first Type Certification from Transport Canada at the beginning of the year. The helicopter is outfitted with a new Rolls-Royce M250-C47E/4 dual channel FADEC turbine engine, engineered for strong hot-and-high performance, fully automatic relight, fuel efficiency and the ability to cruise at 133 kts (246 km/h).

The 407 GXi also includes enhanced situational awareness for pilots through its Garmin G1000H NXi Integrated Flight Deck. Options for the helicopter, among others, include the Garmin FlightStream 510 to upload flight plans from smart devices, Garmin SurfaceWatch for runway identification and alerts, a 3,100-lb cargo hook, and Health Usage Monitoring (HUMS) for aircraft system diagnostics.

In November 2019, Bell delivered Canada’s first 407 GXi to Municipal Enterprises, a subsidiary within the Municipal Group of Companies based in Bedford, Nova Scotia. Weeks earlier, the aircraft manufacturer announced that the 407 GXi had received an Instrument Flight Rules STC.

The market acceptance of the 505 Jet Ranger X was highlighted throughout 2019 when Bell announced the global helicopter fleet had already logged more than 20,000 hours, described by the company as one of its fastest accumulation of flight hours for any current commercial platform. Just weeks before reaching this milestone, Bell had delivered the 200th 505 Jet Ranger X to Austria-based operator Hubi-fly Helikopter GmbH. In June of last year, the company also received certification for the 505 at up to 22,500 feet density altitude – after high-altitude performance testing in Nepal.

Since 1986, Bell has assembled and delivered more than 5,000 helicopters, which includes the 505 Jet Ranger X and 407GXi, from its facility in Mirabel, Quebec. More than 1,000 Bell aircraft operate in Canada, including those with the Royal Canadian Air Force and the Canadian Coast Guard.