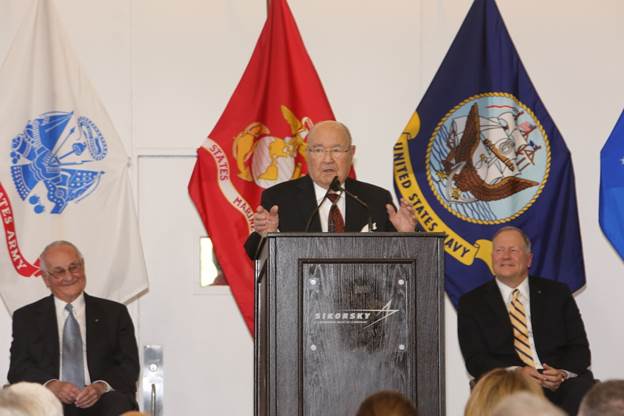 Sergei Sikorsky shares a story about working with his father, Igor. (Photo: Sikorsky)

Sikorsky, a Lockheed Martin company, renamed its military hangar the Sergei I. Sikorsky Flight Center, on May 16, to honour Sergei Sikorsky’s many achievements. The dedication celebration included Sergei Sikorsky and his family, company employees, community members and 40 Coast Guardsmen. 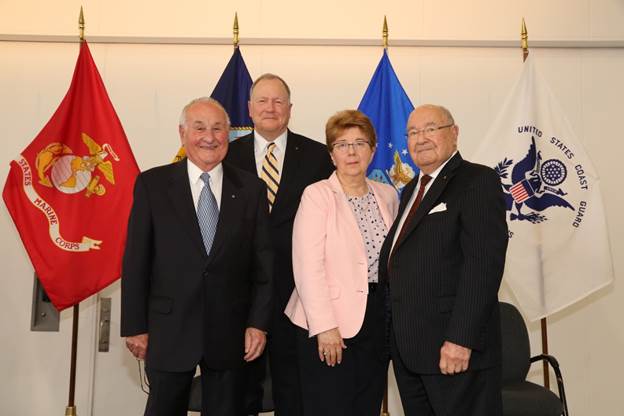 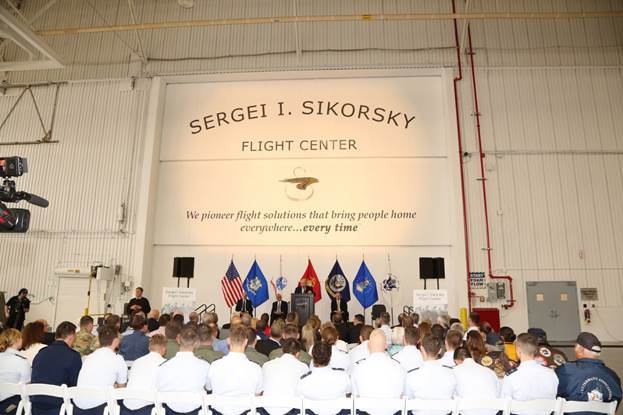 The new hangar name is illuminated after being officially dedicated. (Photo: Sikorsky)

“Every helicopter that comes off our final assembly line will now leave this hangar under the name, Sergei I. Sikorsky,” said Dan Schultz, president, Sikorsky. “Sergei’s commitment to our company continues to this day and has been an amazing example of passion for our products, customers and rotorcraft innovation.”

Son of aviation pioneer, Igor Sikorsky, Sergei first flew in an aircraft at eight years of age, beginning his career at Sikorsky in 1942 and retiring in 1992. He continues to serve as a consultant and ambassador for Sikorsky and, as the company explains, his career achievements have left a lasting impression on the aviation community.

“I have fond memories of Sikorsky Aircraft – starting in the hangar with the VS300 and watching the company build bigger and better and always at the tip of technology,” said Sergei Sikorsky. “All of this would not be possible without the skill and the dedication… of every single person that has worked here at Sikorsky Aircraft.”