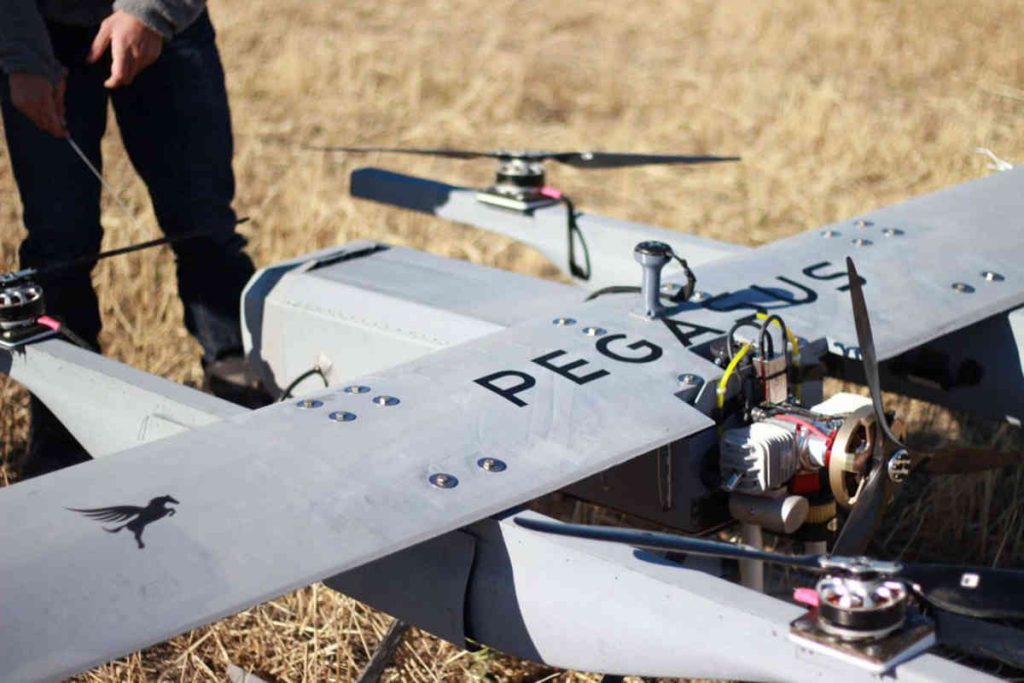 A drone company in Sturgeon County has received a $2-million grant toward an advancement in technology to help first responders battle fires.

The money was great news and really validating for the company, said Norah Landry, vice-president of business development.

“It’s going to support our development exponentially and allow for us to get talent acquisition,” Landry said.

As an Aerotech company in rural Alberta, it can sometimes be difficult to find and attract engineers to come work outside of city limits, said Landry.

“This supports us finding the engineers and the teams that we need, as well as just expediting our testing time so that we can get more testing under our belts and advance the technology. So, it was really big,” Landry said.

Pegasus will be testing new technology that allows drones to fly over wildfires, rather than manned airplanes or helicopters flying into smoke, Landry said. The drones can also fly at night to detect wildfires, which traditional aircraft can’t do.

The company was founded by veterans John Hryniw and Cole Rosentreter, who saw the benefits of intelligence surveillance data during their work with the military overseas. When they came back to Canada, they were deployed to fight wildfires and deal with ice storms and flooding.

They saw intelligent surveillance working in the military and wanted to bring that technology to the rest of the world to help support first responders who are going into emergency situations, Landry said.

The drones are flown by pilots, who are back at the command centre, and the drones are built to fly over fires and bring real-time information back to those on the ground who are battling blazes, Landry said.

With smaller drones flying over fires, Landry said, rather than big airplanes or helicopters, the environmental footprint is reduced in an already disastrous climate event.

One challenge with flying drones in areas such as national parks is there isn’t a lot of cellular service, which can make it difficult to communicate with the drones, Landry said, but this drone they have developed has a detect and avoid system, which allows it to behave like a pilot.

“[The drone] follows the same rules. It can detect things, it can detect birds, small drones, etc.,” said Landry, adding that the programming for the detect and avoid system is the secret behind the company’s success.

nned testing and deployment for the drone with detect and avoid sensors.