June 27, 2013 – An Ontario-based helicopter manufacturer has launched a lawsuit after a $200-million government tender to replace the coast guard fleet closed this month with only one bidder in the running. 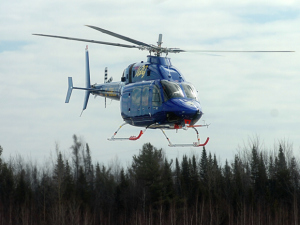 June 27, 2013 – An Ontario-based helicopter manufacturer has launched a lawsuit after a
$200-million government tender to replace the coast guard fleet closed
this month with only one bidder in the running.

For two years, Eurocopter, which produces helicopters in Fort Erie, Ont., has been expressing concerns over a government decision to grant its Montreal-based competitor an exemption from aviation regulations.

In 2011, Transport Canada allowed Bell Helicopter of Mirabel, Que., to add 500 lbs. of extra weight to its model B429 — a move that drew criticism from European and U.S. regulators, who saw the exemption as an attempt to afford a Quebec company competitive advantage in the industry.

And now this month, the B429 was the only bidder in a public tender to replace 21 light-lift helicopters in the coast guard fleet — a contract that could reach $1-billion over 20 years when maintenance is factored in.

Eurocopter and European manufacturer Agusta-Westland both expressed interest when the tender was announced in 2012, but subsequently pulled out of the race before the June 3 closing date.

A Public Works statement said “proposals were solicited via an open, fair, competitive and transparent Request for Proposals process, through which any company was afforded the opportunity to bid.”

The statement also noted that a fairness monitor oversaw the process.

I had tried to avoid this question

A Eurocopter spokesperson said a lawsuit had been filed on Thursday but would not comment further as “the case is before the courts.”

Eurocopter’s concerns about the exemption date back to April 2011, when emails obtained by the National Post show Transport Canada staff reacting to letters sent by Eurocopter.

“I had tried to avoid this question,” read an April email written by Andrew Stirzaker, a senior project manager at Transport Canada, following receipt of the letter.

The decision to grant the exemption was approved on behalf of Minister of Transport Denis Lebel, who is also the Economic Development Minister for Quebec.

The controversial weight exemption was granted in the face of pleas from Tory MP Rick Dykstra, who urged the Minister to abandon the plan for fear it would “undermine our commitment to a fair procurement environment … [and] risk damaging the integrity of Transport Canada, due to the perception of collusion with a Canadian company in the absence of any clear public interest,” according to a letter obtained by the National Post.

Mr. Dykstra, whose riding is next door to the Eurocopter plant in Fort Erie, would not comment on the matter when reached this week.

The NDP critic for Fisheries and Oceans, a portfolio that includes the coast guard, expressed fears that “another ham-fisted government procurement” is going to be detrimental to an aging coast guard fleet that desperately needs reinforcements in the Arctic.

Transport Canada made the decision based solely on safety

Nova Scotia MP Robert Chisholm also took issue with the fact that the bidding on the contract closed this month with only one bid submitted — from Bell Helicopter.

“It’s the F-35s all over again,” Mr. Chisholm said in reference to the divisive 2010 decision to sole source the Lockheed-Martin fighter jets.

Mike Winterburn, director of communications for Mr. Lebel, said this week that “Transport Canada made the decision based solely on safety” and the decision to grant the exemption was made “at the technical level by safety experts.”

The exemption was approved following a slew of risk analyses and strategic environmental assessments that determined the B429 would be no less safe at 7,500 lbs. In European, Canadian and U.S. regulations, light-lift helicopters are limited to 7,000 lbs., and any craft exceeding that limit must adhere to a more stringent set of rules. The U.S. Federal Aviation Agency and European Aviation Safety Agency both denied Bell’s proposal for the exemption. Bell petitioned the U.S. agency to reconsider its decision, a process that FAA officials say is still underway.

A spokesperson at Bell Helicopter did not respond to phone calls on Thursday.