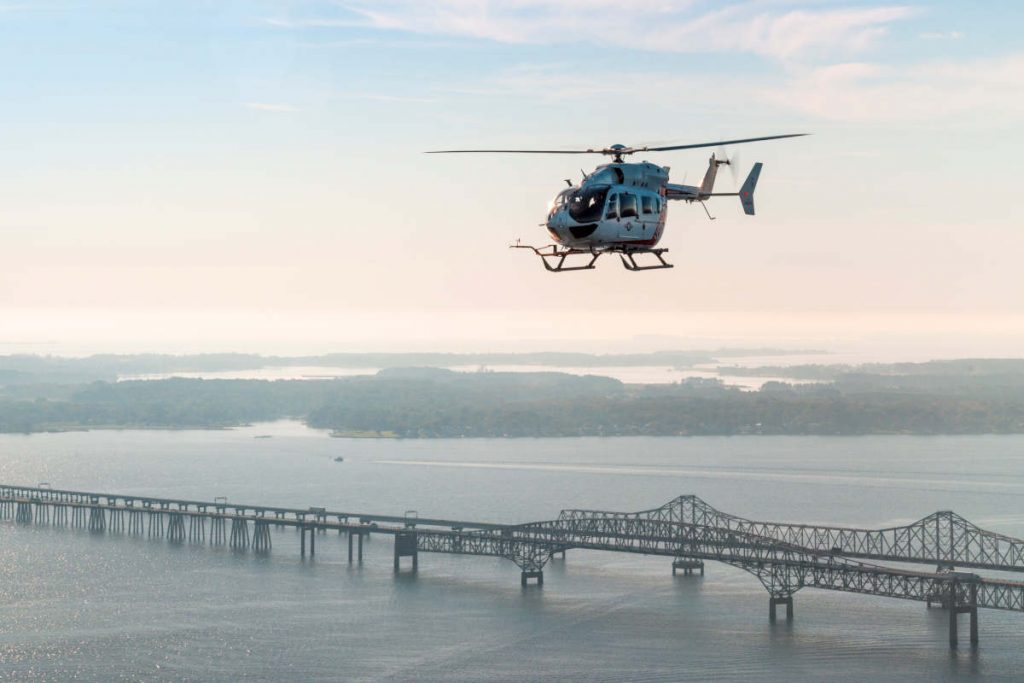 The UH-72A Lakota is a version of the EC145 twin-engine rotorcraft used by U.S. Navy, U.S. Army and many other military units worldwide. (Photo: Airbus)

Airbus Helicopters established the Lakota program at the USNTPS in July 2009. Over the past 10 years, Airbus states the UH-72A Lakota fleet there has consistently exceeded operational availability targets and continues to provide high levels of mission readiness with availability rates averaging nearly 94 percent.

“This is quite a milestone for the Lakota program. Experimental test pilots need a reliable and versatile aircraft as they are often flying an aircraft at the edge of its performance envelope, and we’re confident that we have provided the best value over the last ten years for this requirement,” said Scott Tumpak, VP of military programs at Airbus Helicopters.

Airbus explains the UH-72A Lakota is a version of the EC145 twin-engine rotorcraft used by U.S. Navy, U.S. Army and many other military units worldwide. Airbus has delivered more than 430 Lakota aircraft to the U.S. Army. Globally, there are 1,345 H145 helicopters in service, amassing more than 5.5 million flight hours.

Airbus recently offered its H135 as its proposal for the U.S. Navy’s Advanced Helicopter Training System (AHTS), soon to be known as the TH-73A. Airbus describes the H135 is a technically mature, FAA IFR-certified twin-engine aircraft. The H135 has accumulated more than 5 million flight hours. Today, the aircraft is used in 11 military training helicopter programs.

Airbus itself has 675 aircraft in operations by the U.S. Army, U.S. Navy, U.S. Coast Guard and the Department of Homeland Security. The UH-72A Lakota is built in Columbus, Mississippi, the same location where Airbus has manufactured over 555 helicopters for the U.S. Government. This facility employs a workforce of over 40 per cent of military veterans.