The wire environment can extract a heavy toll on helicopters and pilots. 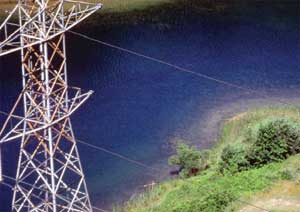 The wire environment can extract a heavy toll on helicopters and
pilots. It is estimated that the helicopter is destroyed in two-thirds
of all wirestrike accidents – many of these fatal. The real tragedy is
that the majority of wire strikes are preventable. Most utilities do
their best to alert pilots to hazardous wire environments using a
system of marker balls and other indicators. New warning technology is
coming on line to reduce the threat of a strike. But at the end of the
day, there is no substitute for pilot training.

“In
aviation we use hours as a measure of a pilot’s experience in all
environments. But that measure doesn’t hold true with wire. The root
cause of most wire strikes is the lack of understanding of the dynamics
of a wire environment. It is an acquired skill,” said Robert Feerst,
president of Utilities/Aviation Specialists Inc., a Crown Point,
Indiana-based consultancy that specializes in wire-strike avoidance.

Feerst
was at the Helicopter Association of Canada (HAC) convention in
Vancouver last April to deliver a compressed version of the full-day
wire avoidance course he has already taught to over 7,000 pilots and
crew members around the world. “It is not a rookie mistake,” he
cautioned HELICOPTERS. “Experienced pilots are the ones who are causing
the most wire strikes.”

In the US at least, 32% of wire strikes
are caused by pilots with between 5,000 and 10,000 hours on the clock.
The next group most likely to hit wire are pilots with over 10,000
hours.More than four out of five wire strikes occur in clear weather or
during scattered cloud conditions, and in an urban versus rural
environment; the majority of wire strikes still happen in the country
despite the increased use of inner-city helicopters for law
enforcement, emergency medical services (EMS) and electronic news
gathering (ENG) purposes.

One reason for this is that parapublic
and ENG machines are likely to be equipped with wire strike protection
systems (WSPS). “EMS night operations and incident scene work (approach
and takeoff) often put us in a higher wire risk environment. If you
aren’t five to 10 feet above the ground then you are above 250. Flying
between 15 and 250 feet is extremely hazardous in a congested wire
environment,” said Fraser Gamble, a 6,000-hour pilot with the
Calgary-based Shock Trauma Air Rescue Society (STARS).

STARS is
a non-profit charitable organization that provides EMS transport
services in Alberta and parts of British Columbia. STARS, which has
WSPS installed in its fleet of Eurocopter BK-117s, has never
experienced a wire strike. If such a strike is unavoidable, pilots are
trained to level the aircraft and fly straight through the wires for
maximum cutting effectiveness…