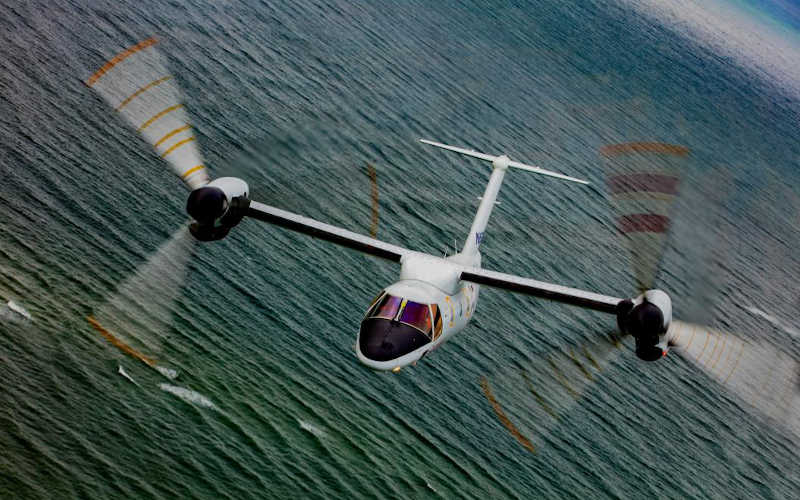 The Leonardo AW609 is set to become the world’s first civil certified tiltrotor, with two aircraft currently being assembled in Philadelphia. (Photo: Leonardo)

The Tokyo Metropolitan Government intends to evaluate the Leonardo AW609 tiltrotor for future transport to the Ogasawara Islands, which are located in the Pacific Ocean approximately 1,000 kilometres from Tokyo. Also known as the Bonin Islands, this archipelago of more than 30 subtropical and tropical islands became a UNESCO World Heritage Site in 2011.

The Ogasawara Islands represent an area covering around 84 square kilometres, holding a population of approximately 5,000. As referenced by Japan Times, the diverse species within the Ogasawara Islands, including the giant squid, led to the archipelago being nicknamed as The Galápagos of the Orient.

The Ogasawara Islands represent an area covering around 84 square kilometres.

Leonardo explains the AW609 is well suited for Ogasawara Islands transport because it can perform in all weather conditions and with limited infrastructural impact. This is based on the aircraft’s helicopter-like footprint, providing vertical take-off and landing, as well as hovering capabilities, combined with its turboprop-like performance, providing speed, range and altitude.

Leonardo has a long-standing presence in Japan, developing a robust support service network for a mixed fleet of 130 helicopters performing a range of civil, public service and military missions.

The company states the AW609 will be the first civil certified tiltrotor aircraft, holding the potential to transform private and business travel, emergency medical service (EMS), search and rescue (SAR), offshore operations and patrol, among other sectors. The AW609 carries up to nine passengers.

The first two production AW609s are currently being assembled in Philadelphia and Leonardo expects a full flight simulator to be ready by the end of this year.