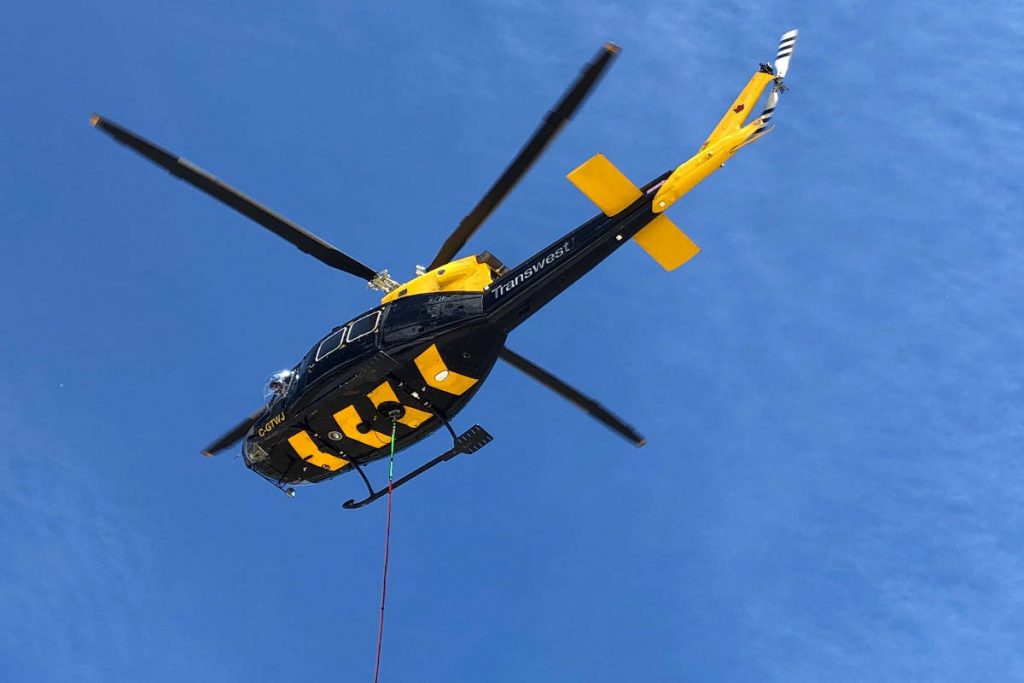 Transwest outfitted its Bell 412EP with a wire strike kit and BAMBI Max bucket, among other technologies, including its own STC kits. (Photo: Transwest Helicopters)

Transwest Helicopters of Oliver, British Columbia, has re-entered operations with a Bell 412EP aircraft (C-GTWJ) that has been newly equipped with a range of technologies for utility and firefighting applications.

The aircraft underwent a full refurbishment at the Transwest facility and is outfitted with a wire strike kit, the BLR Fast Fin, Strake Kit and BAMBI Max water bucket system, as well as several of the Transwest supplemental kits. This includes the Co-Pilot Seat Modification Kit and LH Vertical Reference Door STC, which provides added comfort and improved visibility.

“We are pleased to be back flying with a Bell 412EP and it has already been out working on fires,” said Alison Maas, co-owner at Transwest Helicopters.

The Bell 412EP is known as ‘(TW) J for Jeff’ in honour of Jeff Brown, Transwest’s former Chief Pilot for more than 20 years. Tranwest also designed and applied a special memorial aircraft nose decal in honour of Brown.

Jason Brown joined the Transwest team in the summer of 2020 as its new Chief Pilot and operations manager. He has more than 13,000 hours of helicopter flight time both domestically and internationally.

“Jason brings a wide range of experience in various environments including fire suppression, mountain, heli-skiing and wire-line and is a great addition to our team,” said Maas.