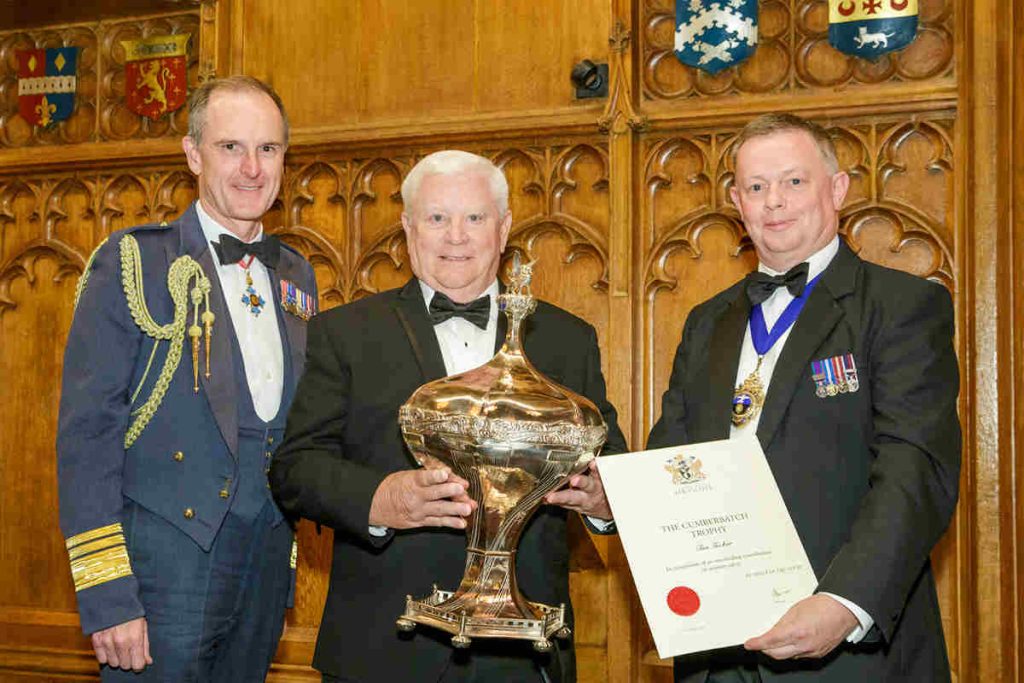 The Cumberbatch Trophy recognizes outstanding contributions to aviation safety. It was presented to Tucker on October 21, 2021, at the 600 year-old London Guildhall.

Among his many accomplishments, Tucker was instrumental in developing Robinson’s Pilot Safety Course which launched in 1982. In 1992, he took the course on the road and, to date, has conducted more than 120 overseas safety courses in 35 countries.