A range of news about the flying taxis program of Uber Technologies Inc. emerged after its second annual Elevate Summit, including the company's plans to select a new international city to launch the project, a partnership with NASA, and a goal to start commercial aerial ride-sharing services in 2023. 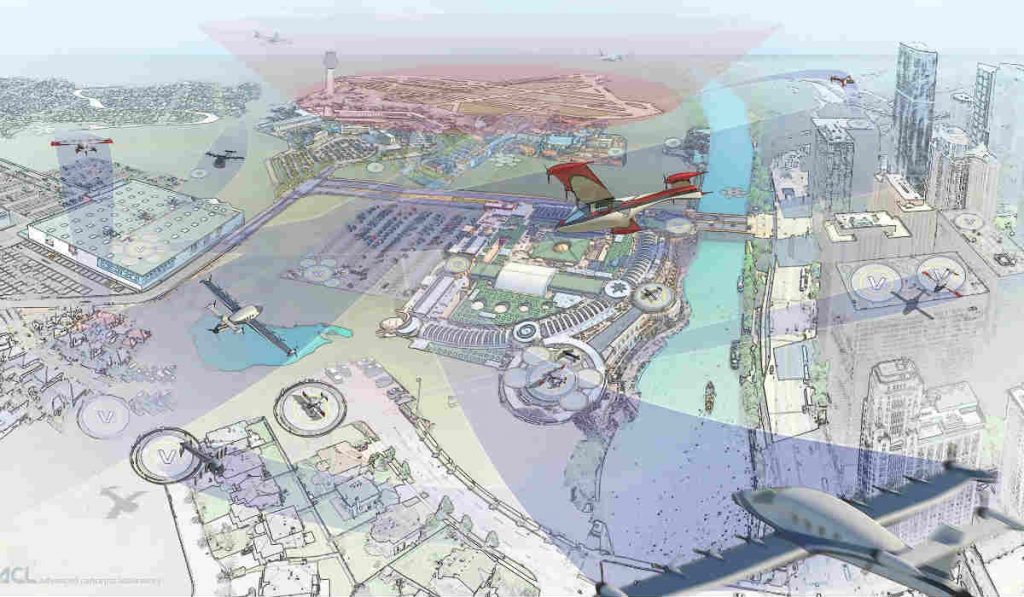 First, Reuters new agency reports Uber re-opened a contest to select a new international city to launch its UberAIR flying taxis service, because of delays and challenges with its initial Dubai selection. Dallas and Los Angeles were selected as its first launch cities.

Reuters explains Uber is ready to consider cites with “a population of greater than two million people, with dispersed population hubs, an airport at least an hour away from the city centre and which is willing to back pooled ridesharing services.”

Uber also reinforced key goals for getting the UberAIR service off the ground, including plans to begin testing its electric-powered vertical-takeoff-and-landing (eVTOL) vehicles in 2020. The company explains this will ideally lead to a 2023 start for its commercial aerial ride-sharing service.

On May 8, NASA then announced it had reached a second space act agreement with Uber to explore concepts and technologies related to urban air mobility (UAM). Under this agreement, Uber will share its plans for implementing an urban aviation rideshare network. NASA will use the latest in airspace management computer modeling and simulation to assess the impacts of small aircraft – from delivery drones to passenger aircraft with vertical take-off and landing capability – in crowded environments.

NASA explains this is its first such agreement specifically focused on modeling and simulation for UAM operations, also stating its definition of urban air mobility is a safe and efficient system for vehicles, piloted or not, to move passengers and cargo within a city.

“NASA is excited to be partnering with Uber and others in the community to identify the key challenges facing the UAM market, and explore necessary research, development and testing requirements to address those challenges,” said Jaiwon Shin, associate administrator for NASA’s Aeronautics Research Mission Directorate. “Urban air mobility could revolutionize the way people and cargo move in our cities and fundamentally change our lifestyle much like smart phones have.”

At its research facility at the Dallas Fort Worth (DFW) International Airport, NASA explains it will use the data supplied by Uber to simulate a small passenger-carrying aircraft as it flies through DFW airspace during peak scheduled air traffic. Analysis of these simulations will identify safety issues as these new aircraft take to the air in an already crowded air traffic control system.