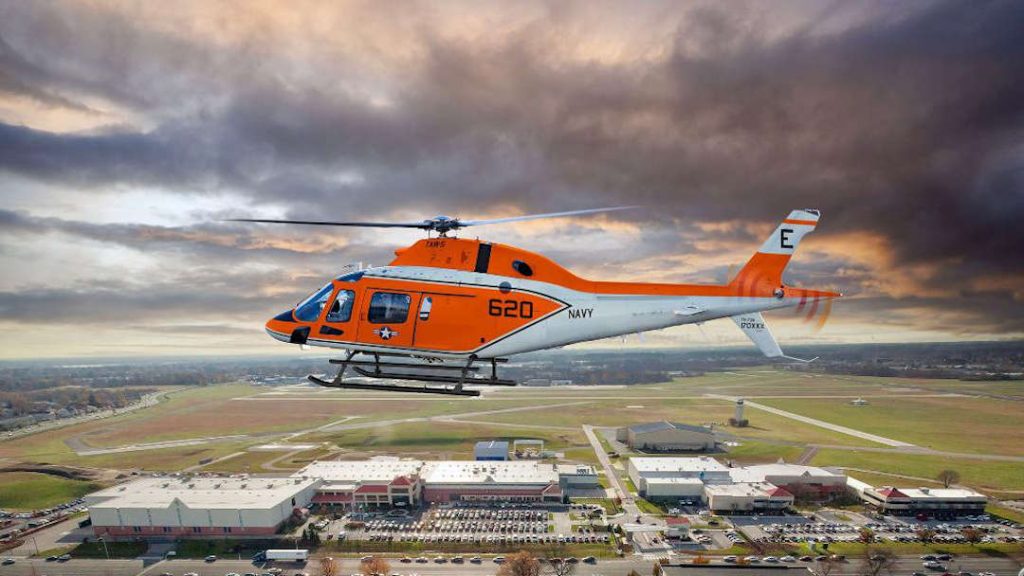 The U.S. Department of Defense awarded Leonardo, through AgustaWestland Philadelphia Corp., a US$110.5 million firm-fixed price modification to a previously awarded contract for the U.S. Navy’s Advanced Helicopter Training System.

This modification announced in late December exercises an option for the production and delivery of 26 TH-73A Lot IV aircraft in support of the program for the U.S. Navy. The helicopters will be produced in Philadelphia with work expected to be complete by December 2024.

In January 2020, Leonardo, again through AgustaWestland Philadelphia Corp., was awarded a firm fixed-price contract valued at US$176 million for the production and delivery of an initial 32 TH-73A helicopters, along with spares, support, dedicated equipment, and related pilot/maintenance training services.

The TH-73A, made solely at Leonardo’s FAA-certified Part 21 Production line in Philadelphia, PA, will train the next generation of student aviators from the U.S. Navy, Marine Corps and Coast Guard. In September 2022, the first 12 students began training on the TH-73A, now nicknamed the “Thrasher” by the U.S. Navy. In November 2022, the first of those students then completed their inaugural solo flights.