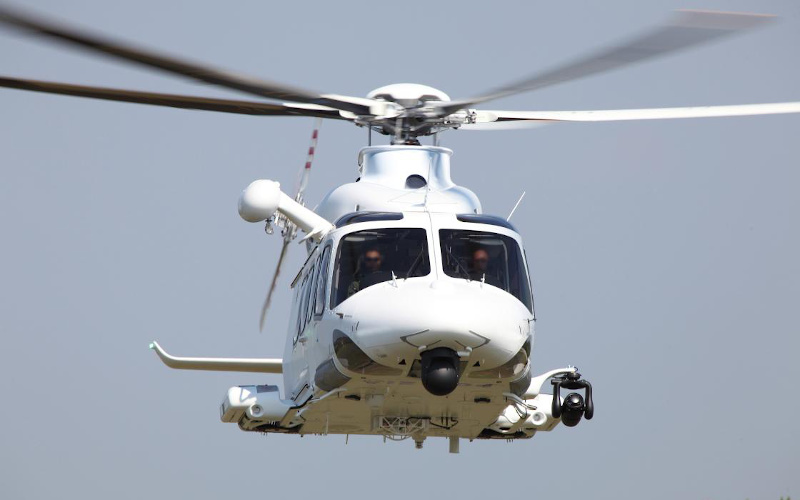 NNSA helicopters provide security sweeps at high profile events, including the Super Bowl, as well as assisting with disaster relief. Leonardo notes the AW139’s ability to stay in the air longer than competing platforms. (Photo: Leonardo)

Leonardo reached a deal for two AW139 helicopters to be purchased by the U.S. Department of Energy’s National Nuclear Security Administration (NNSA). Delivery of both aircraft is expected in 2024.

The NNSA has locations on the East Coast at Andrew’s Air Force Base in Maryland and on the West Coast at Henderson Airport in Nevada. NNSA helicopters are equipped with a range of sensors that relay date back to NNSA headquarters while covering high profile events that include the Super Bowl, in addition to aiding the Federal Emergency Management Agency during disaster relief.

The NNSA AW139s will serve two main purposes, search and rescue (SAR) and disaster topography scans. Both aircraft are expected to be delivered in 2024.

“This contract with NNSA further strengthens our relationship the U.S. Government,” said Clyde Woltman, President of Leonardo Helicopters USA Inc. “We look forward to delivering more aircraft to aid in the security of the United States.

The intermediate-twin engine, 7-ton AW139 helicopter has been ordered by more than 290 operators in 70 countries on all continents, with over 1250 sold. It has more than three million flight hours recorded since first delivery took place in 2004.

The AW139 fleet has a global presence with over 30 per cent produced at Leonardo’s manufacturing facility in Philadelphia, PA. The US Air Force (USAF) will soon introduce the AW139-based Boeing MH-139 to replace its UH-1N fleet.