Bell Helicopter and Team Valor marked the one-year anniversary of the V-280 Valor’s first flight by focusing on the aircraft’s continuing proof of performance and technical maturity. The V-280 is part of the U.S. Army led Joint Multi-Role Technology Demonstrator (JMR-TD) program. 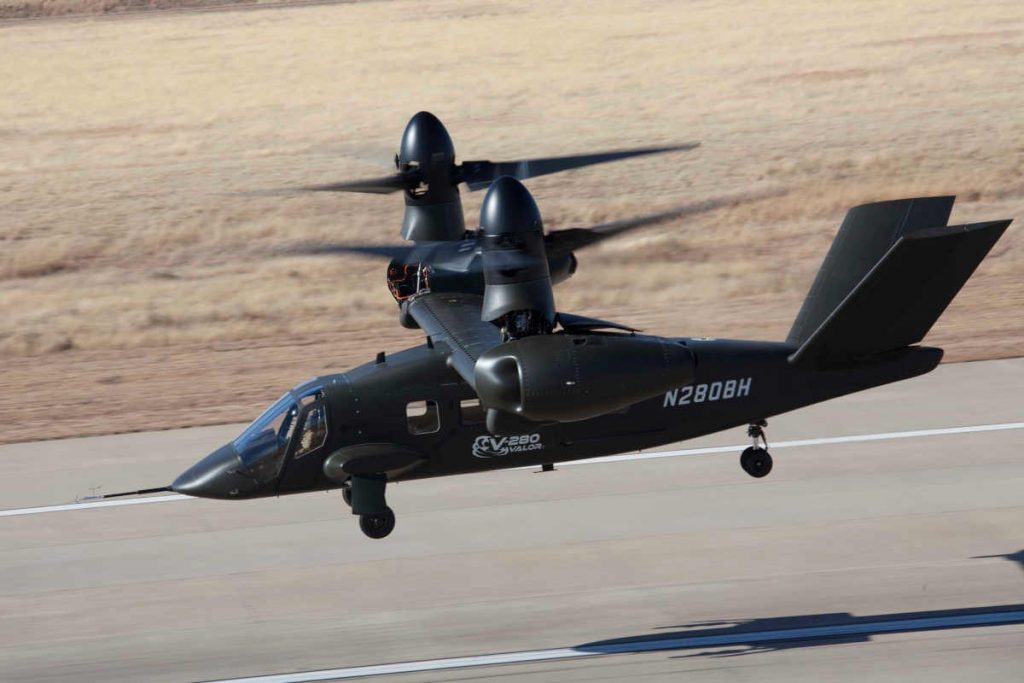 “I am proud of the team’s remarkable accomplishments during the first year of flight,” said president and CEO Mitch Snyder. “By working with the government, we continue to prove the V-280 is the agile aircraft that our military needs now.”

After nearly 85 hours of flight and more than 180 rotor-turn hours, Bell points to some of the following V-280 flight-testing milestones:

Bell expects flight testing will complete all the key performance parameters of the V-280 in the coming months, including additional low-speed agility tests and full cruise speed in forward flight.

“This anniversary is an important milestone as we provide options for the U.S. Army to meet its vision for a modernized force in the near future and regain overmatch in vertical lift,” said Vince Tobin, executive vice president for military business at Bell. “We are prepared to field a suitable, affordable and sustainable aircraft to meet that accelerated timeframe.”

The company explains, in addition to its performance increases in speed and range of existing helicopters, the Bell V-280 Valor is designed to provide decisive battlefield advantages in terms of agility, payload, and reliability that will increase warfighter survivability and lethality.