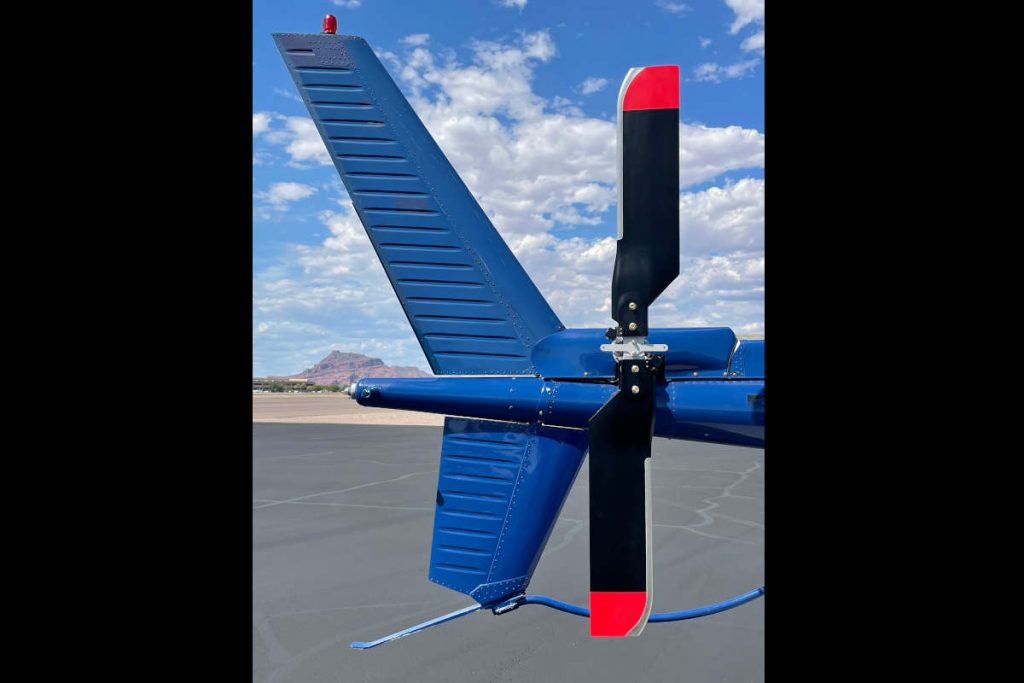 Rotor blade manufacturer Van Horn Aviation (VHA) completed a ground run for its latest tail rotors for the Airbus Helicopters H125, previously known as the AS350.

Van Horn Aviation is working with Piranha Aerospace Solutions, a membership-based helicopter parts distributor, to launch the product with its members.

Piranha Principal of Sales John Holland said in a statement, “The elimination of the underperforming half laminated bearings and the use of individually replaceable blades stands to save our members thousands of dollars in direct maintenance costs while also increasing aircraft availability.”

Flight testing will begin this summer with FAA certification estimated in 2022.