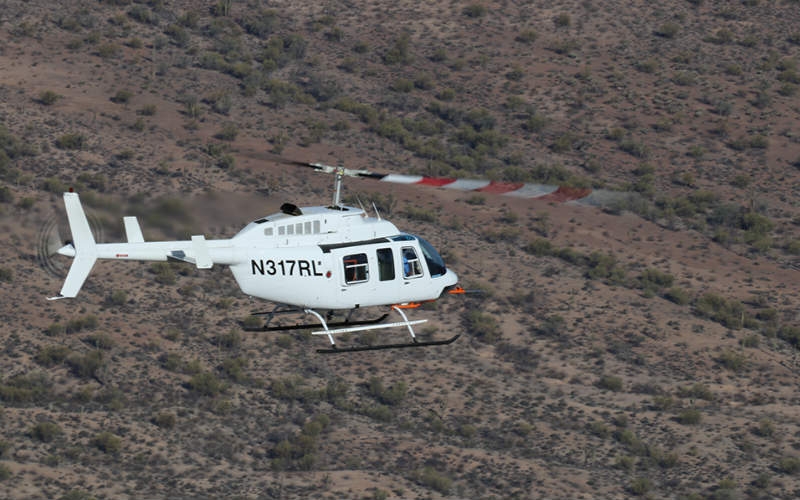 Stainless steel and nickel abrasion strips cover the entire length of the blade for erosion and lightning strike protection. The VHA blades use the identical installation configuration as the OEM blades, which Van Horn explains to allow for direct replacement without hub modification.

The VHA LongRanger main rotor blades have a 16,000-hour service life with overhauls (consisting mainly of replacing the root grips) required every 4,000 hours. VHA 206B JetRanger blades are exclusively available through Aeronautical Accessories, but Van Horn is also currently selling the 206L LongRanger main rotor blades direct at a price of $55,000 per blade through December 31, 2018.

“Due to increases in manufacturing efficiencies learned through the last two years of building JetRanger blades, we’re able to lower the price of the LongRanger main blades, at least temporarily,” said VHA President Dean Rosenlof. “We anticipate an increase in 2019 prices.”