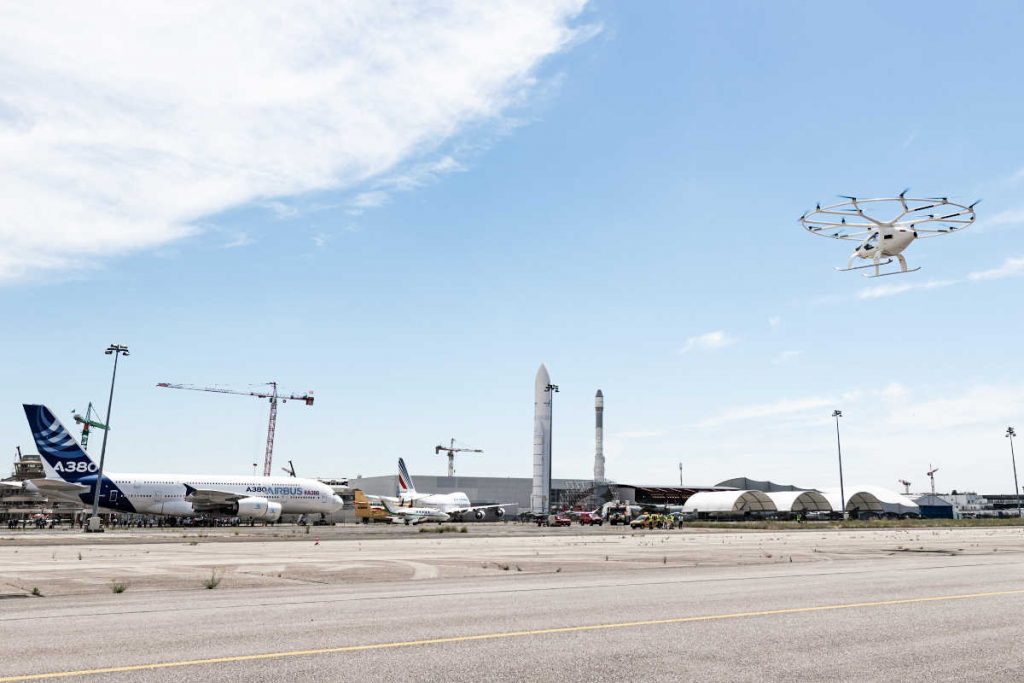 The 3-minute remote-controlled flight was the first public flight demonstration of an electrically powered air taxi in France. It gave the public a real-life experience of what an air taxi looks and sounds like in operations. Attendees watched as the Volocopter 2X flew a 500 m route at speeds up to 30 km/h and 30 m high along the Le Bourget Airfield.

This flight marks the beginning of a multi-step test and market development campaign in cooperation with the French Civil Aviation Authority (DGAC – Direction générale de l’aviation civile) to safely bring electric air taxis to the Île-de-France region. Attendees could sit inside the VoloCity model for a first-hand experience and detailed explanation of the benefits of electric air taxi services.

“The first flight today in Paris highlights Volocopter’s commitment to bring air taxi services to this region in time for the 2024 Olympic Games,” said Florian Reuter, Volocopter CEO in a statement. “The alliance of the Paris region, Groupe ADP, and RATP Groupe and their intent to bring electric air taxis to France is a stellar example of the collaborative approach we see to be the most successful for adding this exciting category of mobility to cities globally.”