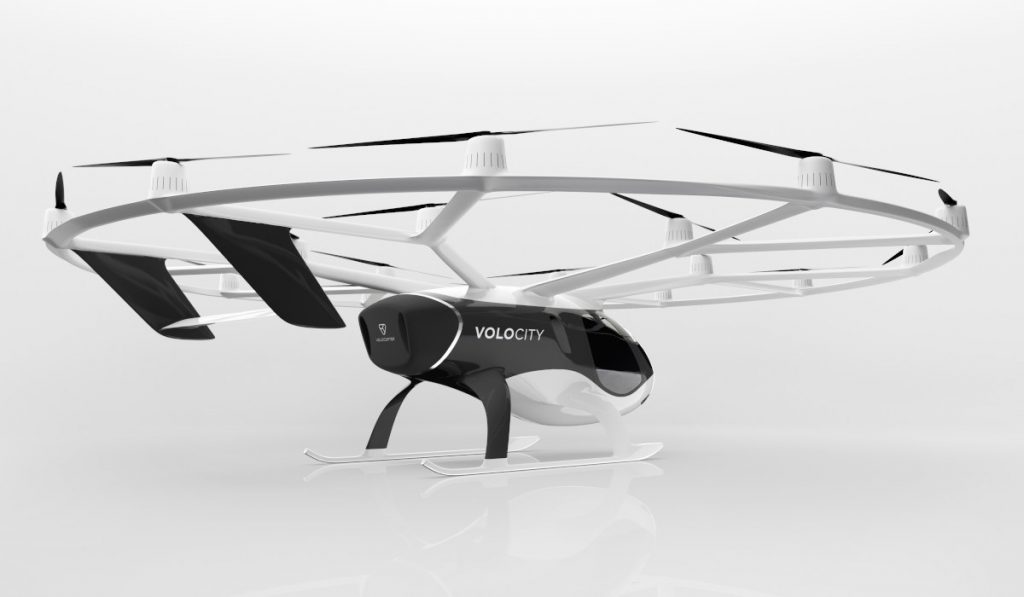 Volocopter has set a timeline of two to three years for its first commercial flights with VoloCity, supported by Mercedes-Benz Design. (Photo: Volocopter)

Volocopter is in the final stages of providing sustainable mobility options for cities around the world, citing options like electric autonomous air taxis flying passengers directly to their destinations, to transporting goods with the company’s VoloDrone.

The vertical take-off and landing (eVTOL) company received Design Organization Approval (DOA) by the European Union Aviation Safety Agency (EASA), and Volocopter expects its first commercial air taxi routes to be opened within the next two years. The company secured over US$240M in funding to pursue certification and to accelerate the launch of its first commercial routes.

Volocopter offers a holistic approach to the UAM market by developing a full “ecosystem” which includes multipurpose aircraft (VoloCity and VoloDrone), and physical and digital infrastructure (VoloPort and VoloIQ), as well as partnerships with global leaders in their respective fields. Its new investors include funds managed by BlackRock, Avala Capital, Atlantia S.p.A., Continental AG, NTT, and Tokyo Century amongst others.

Volocopter has performed several flights in Helsinki, Stuttgart, Dubai, and over Singapore’s Marina Bay in recent years. While the first routes are yet to be announced, the company has committed to establishing air taxi services in Singapore and Paris, with plans to expand many more routes in the US, Asia, and Europe.