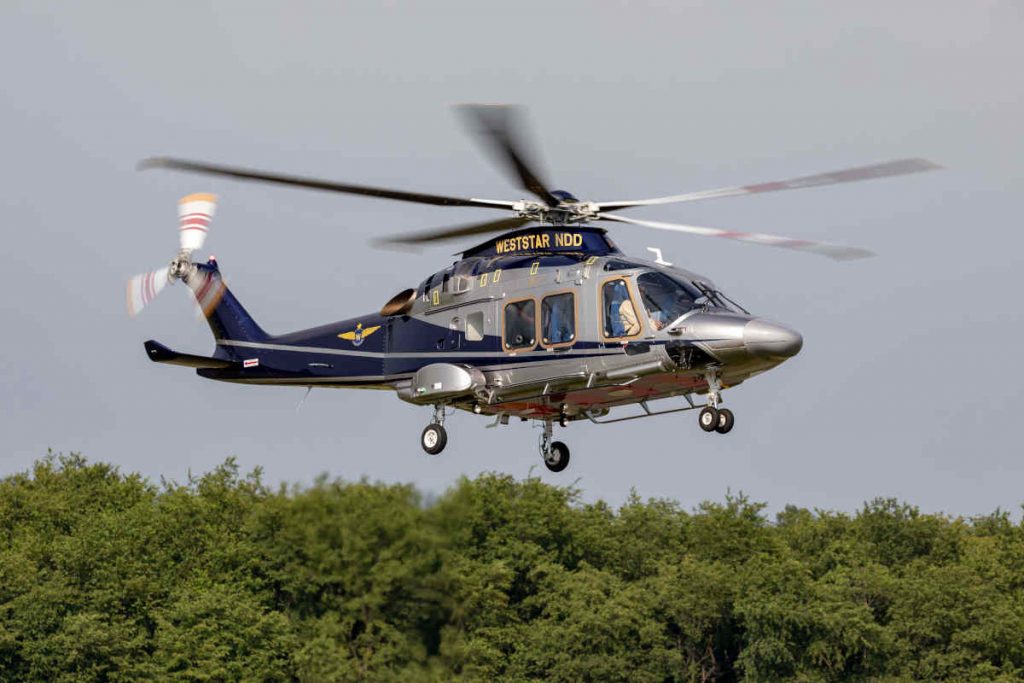 Weststar Aviation Services Malaysia has taken delivery of Leonardo’s new generation AW169 light intermediate helicopter, which is to be introduced into offshore operations in Africa. The aircraft was delivered from Leonardo’s facility in Vergiate, Italy, and will support the offshore oil and gas industry in Equatorial Guinea.

“The partnership between Weststar Aviation Services Malaysia and Leonardo has been a key factor in Weststar’s overseas business expansion. The AW169, AW139 and AW189 are the most successful new generation models in their class worldwide, and the most demanded helicopter types in the oil and gas industry,” said Tan Sri Dr. Syed Azman Syed Ibrahim, group managing director of The Weststar Group.

Established in 2003, Weststar Aviation Services Malaysia operates more than 35 AW139, AW169 and AW189 helicopters out of its bases in Malaysia, Thailand, and Indonesia, becoming one of the largest commercial operators of Leonardo helicopters.

There are now nearly 60 Leonardo helicopters in Malaysia, and a regional Customer Support and Training hub at Subang Airport near Kuala Lumpur. Leonardo plans to increase its presence in the region by expanding its services offered there.

In Asia, the AWFamily of new generation helicopters is being leveraged for a number of missions, including offshore transport, VIP/passenger transport, EMS/SAR, disaster relief, firefighting, law enforcement, utility and electronic news gathering.