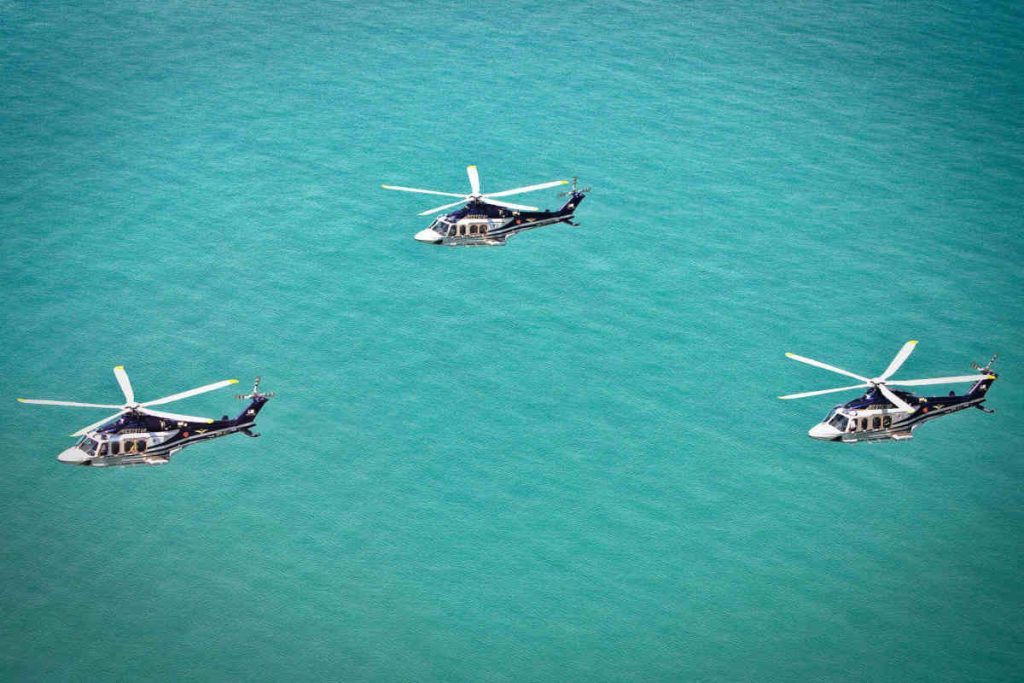 The contract signing ceremony was held today at the Langkawi International Maritime and Aerospace Exhibition (LIMA) in the presence of the Prime Minister of Malaysia, YAB Tun Dr. Mahathir Mohamad.

The three AW169s helicopters will be for Weststar’s ExxonMobil & Noble contract in Equatorial Guinea, while the two AW139s are for the Al-Khafji Joint Operations contract in Saudi Arabia, which is a joint venture between Kuwait Gulf Oil Company (KGOC) and Aramco Gulf Operations.

Gian Piero Cutillo, managing director of Leonardo Helicopters, described Weststar as one of the company’s most-important helicopter customers, worldwide. “There are now over 60 Leonardo helicopters in Malaysia, where we have our regional customer support and training hub,” he said, “and we plan to increase our presence even further in the future by expanding the services we offer.”

Beginning operations in 2003, Weststar Aviation now operates a total of 33 AW139, AW169 and AW189 helicopters out of its bases in Malaysia, Thailand, and Indonesia. The company has become one of the key players in the global offshore helicopter industry.