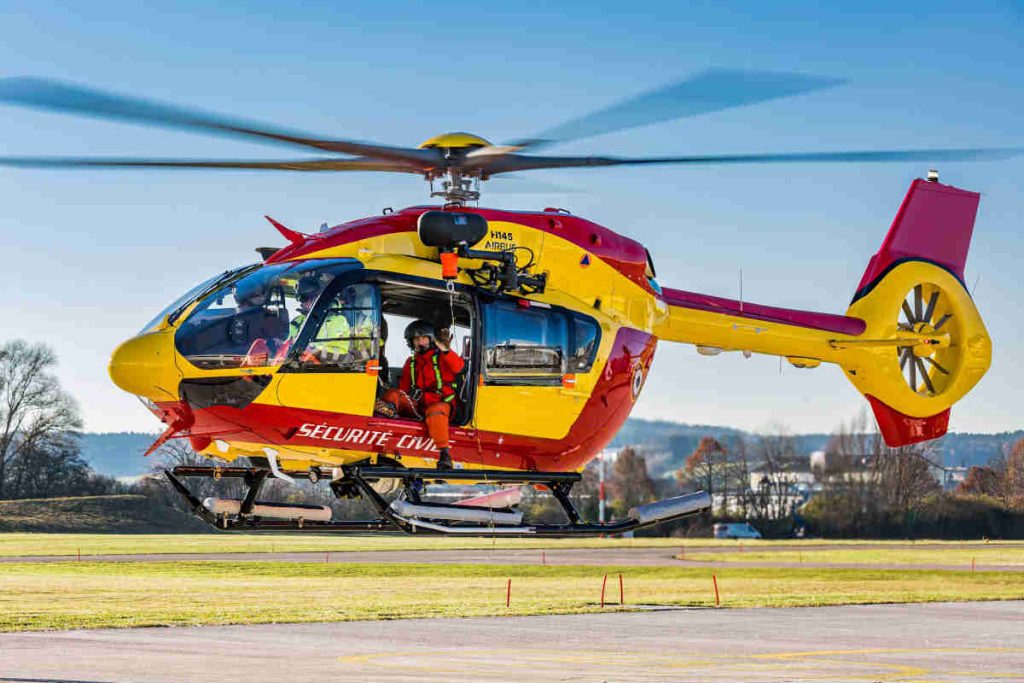 The French Armament General Directorate (DGA) ordered two additional five-bladed H145s for the Sécurité Civile, an agency of the French Ministry of Interior that performs rescue and air medical transport services throughout France. This purchase is a follow-up to a contract signed in 2020 for an initial batch of two H145s which were delivered in December 2021.

“The Sécurité Civile has launched an ambitious, multi-year program to modernize its means of intervention in order to adapt to the evolution and demands of our public service missions,” said Prefect Alain Thirion, Director General of the Sécurité Civile. “We operate day and night from our 23 bases in France and overseas territories. On average, one person is rescued every 33 minutes by one of our Dragon helicopters and these two new aircraft will reinforce the operational capacity of the men and women of the French Sécurité Civile throughout France.”

Certified by the European Union Aviation Safety Agency in June 2020, this new version of Airbus’ H145 light twin-engine helicopter brings a five-bladed rotor to the multi-mission helicopter, increasing the useful load by 150 kg.

Powered by two Safran Arriel 2E engines, the H145 is equipped with full authority digital engine control (FADEC) and the Helionix digital avionics suite. It includes a 4-axis autopilot, increasing safety and reducing pilot workload. Airbus points to its low acoustic footprint. More than 1,515 H145 family helicopters are in service around the world, logging a total of more than six million flight hours.

Established in 1957, the helicopter division of the Sécurité Civile operates a fleet of 33 EC145 helicopters on call 24/7 throughout France for rescue missions.