AgustaWestland has announced the new generation AW169 helicopter has been issued with type certification by the European Aviation Safety Agency (EASA) on July 15, 2015. Delivery of the first production helicopters to customers will now commence. 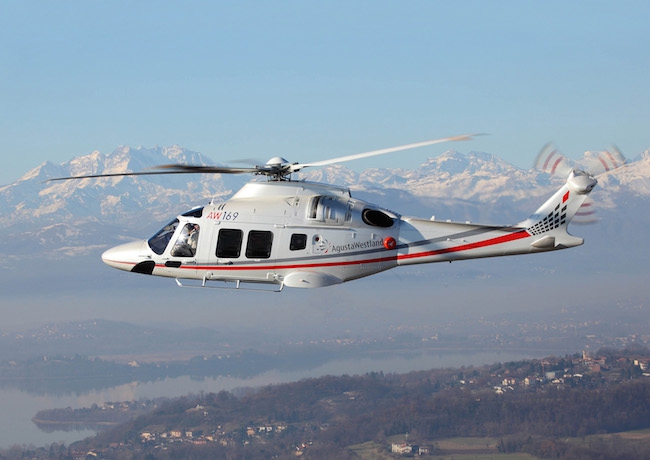 AgustaWestland has achieved EASA type certification less than five years after the AW169 program launch. This achievement has been made possible also due to the strong collaboration between the EASA and AgustaWestland teams. With the AW169, AgustaWestland has responded to market demand for a new generation versatile light-intermediate twin-engine helicopter and has achieved its aim of greatly reducing the time to market, whilst meeting the most stringent operational and safety requirements set by the certification authorities and by the market.

The AW169 4.6 tonne helicopter is the first all new aircraft in its weight category to enter the market in more than 30 years, setting new certification and safety standards and marking the operational readiness of the whole AW Family. The first units will be delivered from the Vergiate final assembly line in Italy. A second AW169 final assembly line is being established at AgustaWestland’s Philadelphia plant in the U.S.

AgustaWestland’s Yeovil plant in U.K. plays a key role in the production of rotor blades and the tail rotor transmission system. The AW169 program has benefitted from U.K. government support and has already proven extremely successful in this market for corporate transport and public service duties. A Flight Training Device (FTD) and a maintenance training simulator are already operational at AgustaWestland’s Sesto Calende Training Academy in Italy, while a Level D Full Flight Simulator will be available in 2016.

More than 150 AW169 helicopters have been ordered by customers around the world to date, including framework contracts and options, for a wide range of applications including executive/corporate transport, air ambulance, law enforcement, offshore transport and utility roles. Designed with inherent dual-use capabilities, the AW169 is also ideally suited for the wide scope of parapublic and government applications and will be able to meet military and naval requirements.