Airbus has delivered an H125 to TransCanada PipeLines Limited. The aircraft will be based out of Toronto, ON and will be the second H125 to join TransCanada PipeLines’ fleet. With one of North Americas largest infrastructure portfolios, TransCanada has built and maintains a 91,500 km network of natural gas pipelines, which supplies more than 25 per cent of the natural gas consumed daily across North America. In addition, TransCanada has built and currently maintains a network of 4,800 km of oil & liquids pipelines. 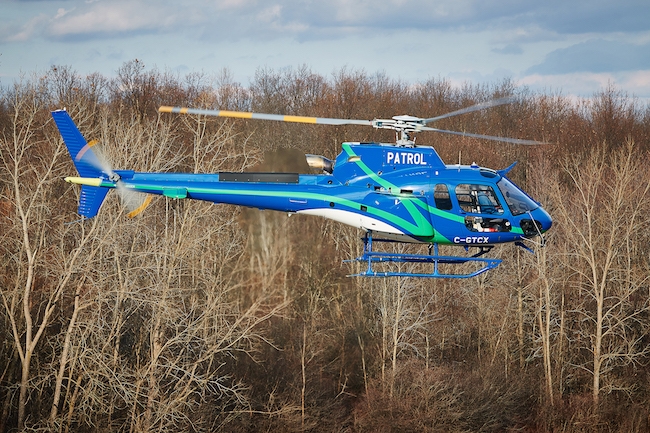 “The H125 is a natural fit for TransCanada PipeLines’ mission requirements,” said Mr. Tim Olson, Director of Aviation, TransCanada PipeLines Limited. “This new aircraft will be a genuine asset for our current operations, with its built-in manoeuvrability and enhanced safety features.”

This will be TransCanada PipeLines’ first aircraft delivered for use within the Canadian market. The newly delivered H125 will be utilized for pipeline project support as well as, surveillance and has been enhanced with the addition of various STC’s, including squirrel cheeks and cargo mirror.

“It is a privilege to work with TransCanada PipeLines Limited and to deliver their new H125,” said Mr. Romain Trapp, President, Airbus Helicopters Canada. “We are proud to support an organization that builds infrastructure to meet the growing energy needs of both families and businesses in North America.”

The monitoring of pipelines is an important aspect in maintaining the flow of oil and gas from extraction sites to distribution centres. This type of mission demands reliable and robust aircraft that can handle rugged terrain and extreme climates. Airbus’ H125’s range, low cabin noise, low vibration levels and operational efficiency are what make it the aircraft of choice.