The H160’s second prototype took off Wednesday in Marignane, kicking off a busy 2016 for the H160 as it pursues its flight test program with two prototypes. 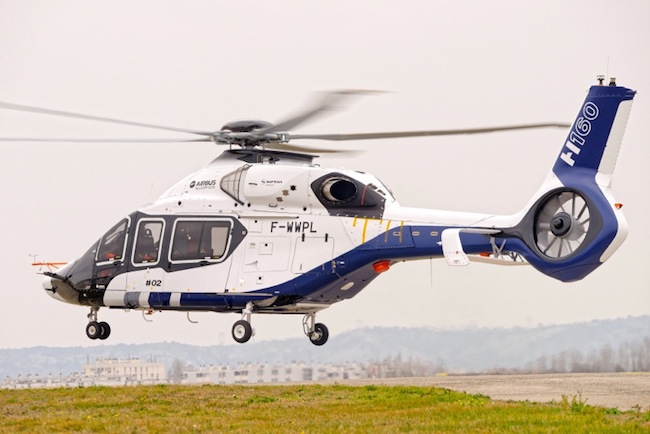 The second prototype is the first H160 to fly with the Turbomeca Arrano engines. PT1 had accumulated more than 75 hours of flight testing by the end of 2015, allowing the aircraft to open the flight envelope and validating some of the helicopter’s excellent features and outstanding handling qualities right from the start.

“After a very busy year 2015 in terms of flight activities, introducing PT2 is an important step in the H160 development as we will launch performance testing with the Turbomeca Arrano engines.” said BernardFujarski, head of the H160 Program. “The development program will benefit from 5 development aircraft; two helicopter zeros and three flying prototypes will be paving the way to entry into service in 2018.” he added.

2016 will be an equally active year for the H160 with the beginning of its commercialization and many other milestones in helicopter development, industrialization and preparation of support activities in order to bring a fully mature helicopter to the market.