The two AgustaWestland AW189 super medium twin engine helicopters operated by Bel Air of Denmark have exceeded 6,000 flight hours as of January, setting a new milestone while demonstrating exceptional availability and mission effectiveness performing long range offshore transport missions in the North Sea.This result was possible through the strong cooperation between the operator and Leonardo’s customer support team. This achievement confirms Bel Air as world fleet leader for the AW189 model in a demanding operational environment. 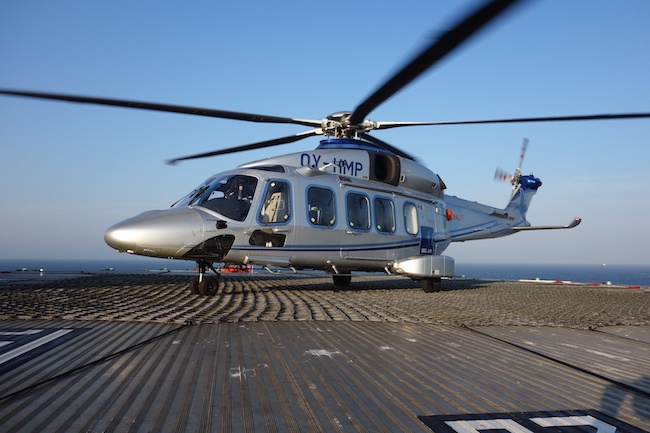 Bel Air has more recently reached even greater levels of capability upon installing the Limited Icing Protection System (LIPS) onto its two AW189s. LIPS permits flight within a known and defined envelope of icing conditions provided that the capability to descend into a known band of positive temperature is available throughout the intended route. A unique feature in the super medium category, LIPS allows operations in more severe weather conditions when other competing types are confined in the hangars. Bel Air has also opted for the 8.6 tonne Maximum Gross Weight upgrade to give its customers greater levels of payload.

An existing AW139 operator and the official Leonardo Service Centre for the AW139 and the AW189 in Denmark, Bel Air is benefitting from the unique operational, training, support and management advantages of the family of new generation helicopters, thanks to the introduction of the AW189 model into their fleet. This all-new approach to effective, flexible and efficient fleet management is helping Bel Air as it expands its capabilities in support of safe operations for the North Sea oil and gas industry, as well as carrying out offshore wind turbine support and ad hoc helicopter services.