Nov.20, 2008, West Palm Beach, FLA– The first CH-148 Cyclone helicopter, which is being developed by Sikorsky Aircraft Corp. for the Canadian government as a replacement for its long-serving SEA KING™ helicopter fleet, has completed its first flight. 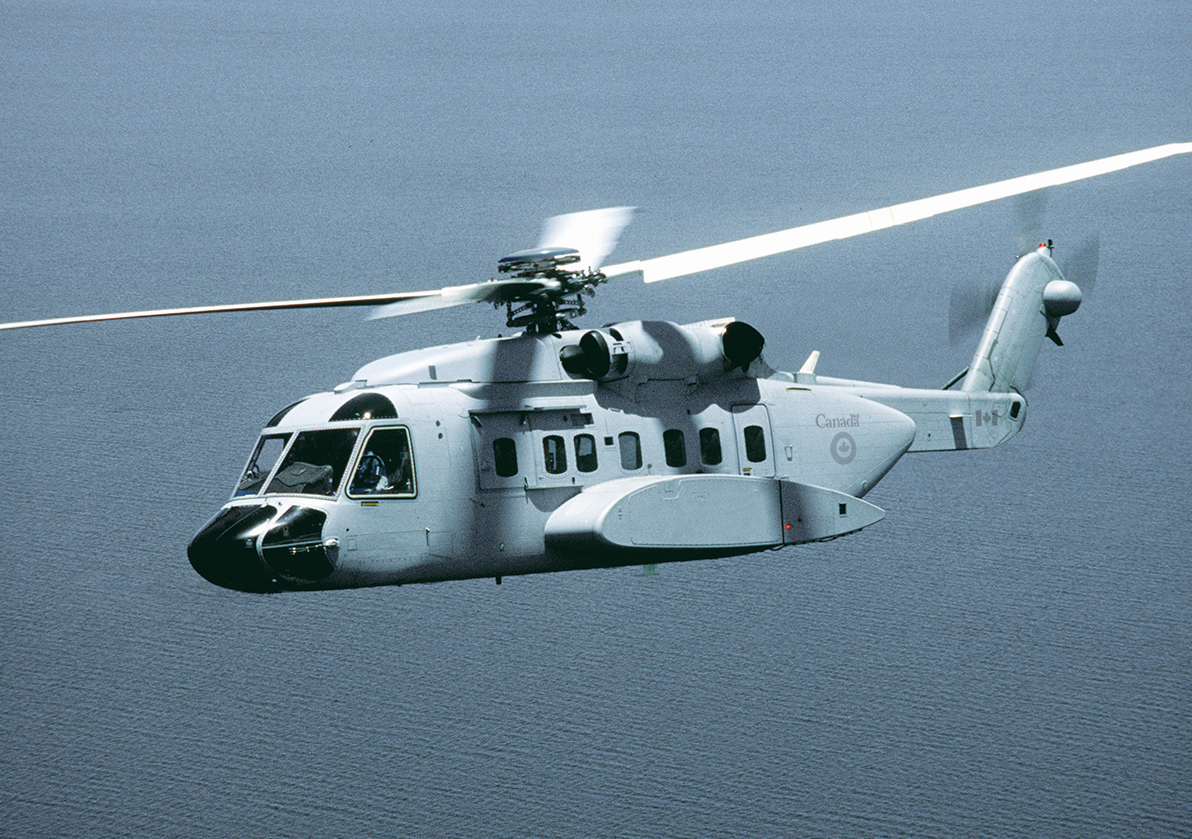 Nov.20, 2008, West Palm Beach, FLA– The first CH-148 Cyclone helicopter, which is being developed by Sikorsky Aircraft Corp. for the Canadian government as a replacement for its long-serving SEA KING™ helicopter fleet, has completed its first flight successfully at Sikorsky’s Development Flight Center in Florida.  Sikorsky is a subsidiary of United Technologies Corp.

The CH-148 helicopter represents the next step in Sikorsky’s long planned extension of the S-92® helicopter into the H-92™ helicopter product line. It is equipped with a fully digital, fly-by-wire system designed to improve significantly the aircraft’s maneuverability, safety and effectiveness. The CH-148 helicopter further builds upon Sikorsky’s rugged S-92 helicopter, which meets the most demanding safety standards in North America and Europe.
Among the most sophisticated rotary wing aircraft in the world, the production CH-148 helicopter will be an extremely versatile, multi-mission aircraft with capabilities including anti-submarine warfare, anti-surface warfare, search and rescue, and troop and cargo transport. It will be fully equipped for ship-based operations including automatic blade and tail fold systems and a deck to aircraft recovery assist system. Capitalizing on proven S-92 helicopter capabilities that include a glass cockpit with advanced avionics, systems allowing flight into known icing conditions, flaw tolerant components and state-of–the-art search and rescue equipment, the CH-148 helicopter will incorporate additional mission systems including Forward-Looking Infrared Radar (FLIR), 360 degree search radar, passive and active acoustics systems, threat surveillance and countermeasure capabilities, and network link communications.

“The stringent qualification and certification standards of the S-92 helicopter will be further extended through the Canadian military certification process resulting in an aircraft that will meet the most exacting civil and military standards in the world,” said Hunter.  “Its proven and expanded design focused on reliability, maintainability and safety will provide operational capabilities at world-class life cycle support cost levels.”