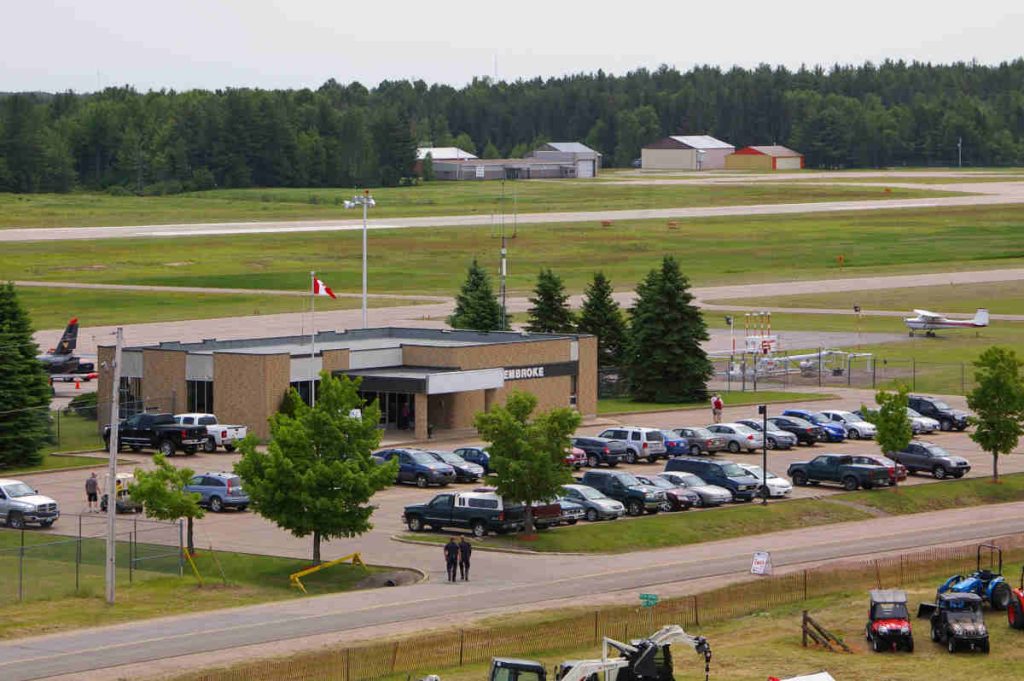 The County of Renfrew is expressing support for both the Pembroke and Arnprior airports, but just what this support will lead to in terms of other levels of government providing funding remains to be seen.

“I think it is very important we support these two airports,” North Algona Wilberforce Mayor James Brose said during Renfrew County council last Wednesday. “The Pembroke and Area Airport in particular has an extra long runway so it can handle much bigger aircraft.”

The plight of the Pembroke and Area Airport in particular is nothing new to county council, and Allen Wren, a member of Laurentian Valley council known for his advocacy for the airport, wrote council asking for more support. He pointed out having a letter of support showing the importance of the airport to the county at large is crucial. He highlighted the fact the airport is the county’s only certified airport with a 5,000-foot runway which supports commercial and military aircraft. As well, he pointed out the airport is part of the emergency plans for local hospitals and supports the County of Renfrew and City of Pembroke emergency services and several provincial services that are important to our region — forest firefighting, wildlife management, search and rescue, police surveillance, etc. — use the Pembroke & Area Airport to the benefit of all residents of the county.

Mr. Wren suggested a letter of support should also note, “the County of Renfrew encourages provincial and federal financial support to ensure the airport improvements necessary to sustain this important asset in the region.”

As well, he encouraged lobbying efforts from the county.

“Although we have hired a lobbying firm to help raise awareness of the airport, we would like the County of Renfrew to bring the airport up at meetings that representatives have with various levels of government and related agencies,” he stated in his letter to the county. “They can refer the people they speak with directly to myself and we will follow up on those referrals. This isn’t asking for financial support, but we are asking to use their professional resources to support what we have already invested in and have in motion with grassroots.”

His appeal was not only endorsed through the Development and Property Committee but also by many of the assembled mayors and reeves who highlighted the importance of not only the Pembroke & Area Airport but the Arnprior Airport as well.

“Both the airports are crucial to the economic development of Renfrew County,” Warden Debbie Robinson said. “I do understand they are rather expensive to operate, and they are looking for additional funding from the federal and provincial governments.”

The warden said the airports could ask to be a delegation at the upcoming Association of Municipalities of Ontario (AMO) meeting.

Mayor Jennifer Murphy of Bonnechere Valley said Renfrew-Nipissing-Pembroke MPP John Yakabuski has also highlighted the importance of the airports, pointing out when he was Minister of Natural Resources and Forestry, he was able to travel various places using smaller airports.

“He said in our region that is something that is really lacking,” she added.

Having the Pembroke and Area Airport is important, and it should be utilized, she said.

“If we go back to ROMA (Association of Rural Municipalities of Ontario) or AMO in person, would it be cheaper for us to charter a little plane to take all of us?” she asked.

Mayor Murphy later pointed out she would not want this to be a taxpayer expense.

“In order to be successful, we must ensure the County of Renfrew are supportive of our initiatives,” he said.

Mr. Yakabuski pointed out without the support of the county it is very difficult to ask for federal or provincial support, he added.

Arnprior County Councillor Dan Lynch said it is important to note the Arnprior Airport is a registered airport and the Pembroke & Area Airport is a certified airport.

“We don’t have scheduled flights, where Pembroke can,” he said.

Whitewater Region Reeve Cathy Regier said it is important to back this initiative and support the airports. She said she would be glad to take the ask to her municipality for assistance.

“The fear is if it is gone it is gone and will never come back,” she said.

Renfrew Reeve Peter Emon said any letter of support should have an emphasis on employment numbers and economic impact.

“I think they are both valuable to our community and we may not know how valuable,” he said.