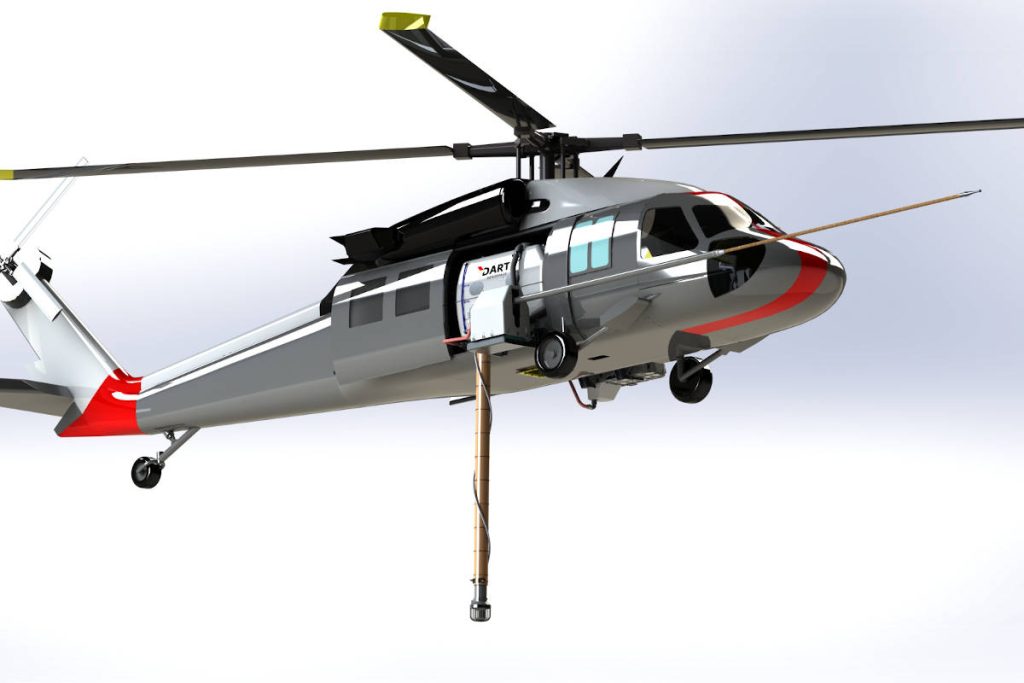 The first UH-60/S-70 SkyCannon is planned for installation on an in-service aircraft this fall, with entry into service scheduled for early 2022. (Image: DART Aerospace)

DART Aerospace received an FAA Supplemental Type Certification (STC) for its SkyCannon Fire Attack System on the Sikorsky UH-60/S-70 helicopter. Including the Airbus EC225 Puma and Avicopter AC313, the UH-60/S-70 is the third helicopter type certified to operate the SkyCannon.

“While originally requested by an Asian customer for firefighting efforts in dense city centers, operators of other aircraft types started asking about it,” said Steve Ghaleb, Vice President of Commercial Operations at DART. “It is our mission to meet our customer’s needs, and we’re pleased to now offer the SkyCannon on the UH-60/S-70 in direct response to a specific customer request.”

DART explains it worked closely with Nevada-based Skydance Helicopters to flight test and certify the SkyCannon for the UH-60/S-70. “At Skydance, we are often in the thick of the fire season throughout the West, so we were thrilled to work with DART on expanding the SkyCannon system,” said Peggy Cain, President, Skydance.

DART explains the SkyCannon was designed to control and contain high-rise fires by providing the ability for helicopters to reach beyond ground-based firefighting efforts with a directed low-pressure, high-volume water stream. The SkyCannon works with DART Fire Attack Tanks to pump water through an extended boom off the nose of the aircraft to deliver what the company describes as precision applications on high-rise structures.

The system’s boom extends one metre beyond the rotor diameter to avoid rotor wash, explains DART, and the system includes an infrared camera and distance measuring equipment for accuracy. Equipped with a hover refill snorkel, DART explains the system can refill from any body of water and can be installed and removed in 30 minutes.