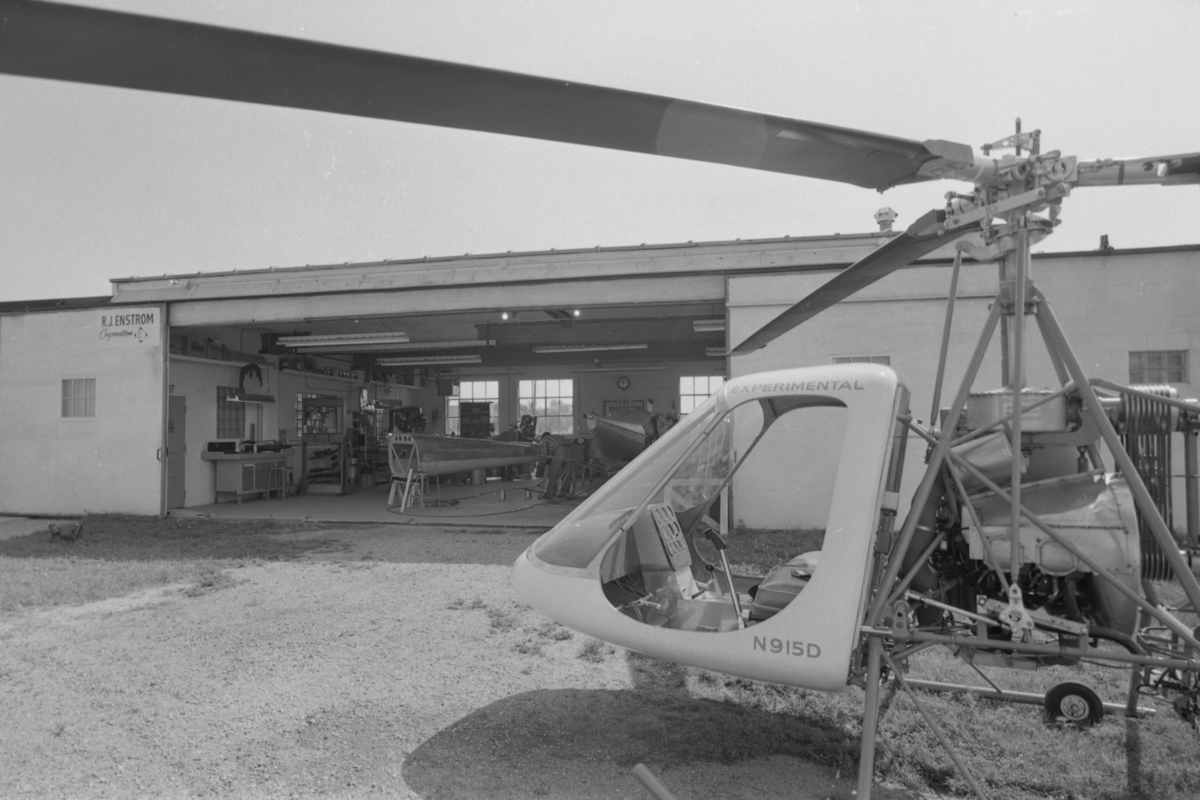 Enstrom Helicopter Corporation is celebrating its 60th anniversary on December 22, 2019. Founded in northern Michigan, Enstrom today has produced more than 1,300 aircraft operated in more than 50 countries around the world.

The company describes its origins by Rudy Enstrom, a mining engineer living in Crystal Falls, Michigan, who throughout the 1940s and 1950s constructed a number of helicopter prototypes in his garage, hovering them in a local quarry. Jack Christensen was a tool salesman from Menominee, MI, who called on Rudy’s mine.

In the late 50s, Christensen moved to put the Enstrom prototypes into production, raising funds from local businessmen to start a company. The R.J. Enstrom Corporation was founded in December of 1959 with Christensen as CEO.

Engineer named Alb Balaur was then brought in to refine the design, explains the company, along with Paul Shultz and a handful of other talented engineers. Despite the early departure of Rudy Enstrom, the engineering team worked throughout the early 1960s to develop the F28. In the meantime, Christensen continued to funds for the company by selling stock at county fairs, primarily in northern Wisconsin and Michigan’s Upper Peninsula.

The F28 was FAA certified in 1965, and won Michigan Product of the Year. It was the same year the Ford Mustang was introduced.

The company explains the 1970s brought additional refinements to the F28, including a turbocharger for hot and high performance, as well as the restyled 280 variant. The 280 went on to win multiple industrial design awards.

Enstrom Helicopter explains the late-1970s were the heyday for GA production, and Enstrom would build more than 100 aircraft per year out of its relatively small Menominee factory. The company went on to develop the 480 series turbine helicopters in the 1990s. Today, Enstrom continues to produce its turbocharged piston F28F and 280FX siblings, and the turbine 480B.

The Enstrom Helicopter factory, still based in Menominee, is now 160,000 square feet and an FAA-approved production facility.

“It’s really an incredible story. I mean, how many small aircraft manufacturers have been in business for 60 years, continuously, with no bankruptcies, mergers, etcetera,” said Enstrom CEO Matt Francour. “While the aircraft have changed dramatically, we have the same type certificate and production certificate we’ve had since 1965.

“It’s really a testament to the people we have here, our workforce and our local community. Their dedication has led to an incredible international legacy,” continued Francour. “I just want to thank all of our past and present customers for supporting us all these years. We hear so many great stories of things people did in their Enstroms, how the helicopters affected their lives. We are really proud to be a part of that.”