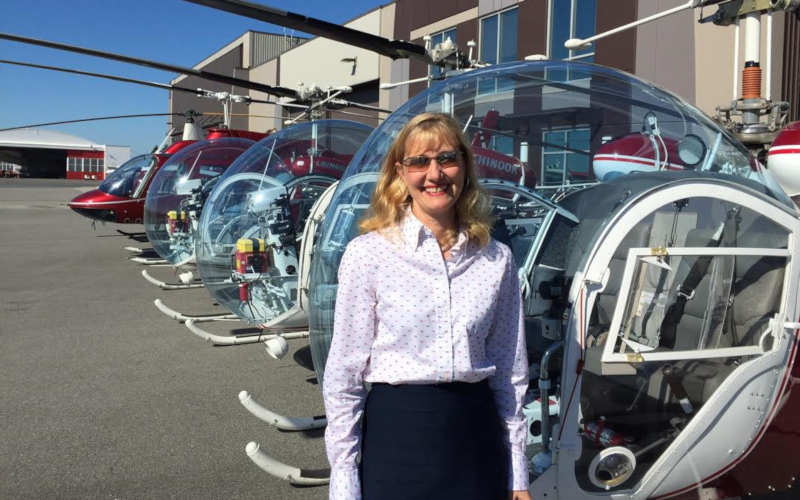 The Women’s Executive Network announced its 2019 list of Canada’s Most Powerful Women, recognizing 100 outstanding women across Canada who advocate for diversity in the workforce and inspire the next generation of leaders. Among this year’s female leaders are: Teara Fraser, CEO, Iskwew Air; Cathy Press, CEO, Chinook Helicopters; and Arielle Meloul-Wechsler, senior VP, people, culture and communications, Air Canada.

The British Columbia Aviation Council (BCAC) released a statement congratulating the achievement of its two members Fraser and Press. “Cathy and Teara are courageous changemakers, strong role models, and brilliant entrepreneurs who are boldly making a difference in the aviation industry,” said Heather Bell, board chair of BCAC.

Fraser, who is Métis, was named in the Women’s Executive Network (WXN) Trailblazers and Trendsetters Award Category, which recognizes women who have broken new ground with landmark achievements forging pathways for future generations and making a great contribution to Canadian society.

Press was named in the Industry Sector and Trades category which recognizes women who have made significant contributions to the advancement of women through their inspiring work and advocacy in underrepresented sectors.

“These awards come at a time when the future of the aviation and aerospace industry depends on diversifying the workforce and these two champions are paving the way,” added Bell. “We need more women, those identifying as women, and Indigenous peoples for this industry to continue to thrive and serve Canada’s communities.”

Meloul-Wechsler has been a member of Air Canada’s executive team since 2013. She has oversight for all human resources and culture change initiatives across the company, labour relations, customer service training as well as internal and external communications. She is also Air Canada’s Champion of Official Languages and has oversight over the Air Canada Foundation as well as Air Canada’s CSR Reporting.

During her tenure, Air Canada has been named for several consecutive years, among Canada’s Top 100 Employers, among Montreal’s Top Employers, one of Canada’s Top Diversity Employers, in addition to being named one of the Top 10 Most Admired Corporate Cultures in Canada.

“Through her example of integrity and hard work, Arielle is a tremendous mentor and role model not only for women but for everyone at Air Canada,” said Calin Rovinescu, president and chief executive of Air Canada. “As a trusted member of the senior leadership team, she has helped guide the transformation of Air Canada. In particular, in her area of responsibility for People, Culture and Communications, she has been instrumental in driving culture change at our company, with a focus on diversity and inclusion reflected in the high participation rate by women at all levels of the company.”