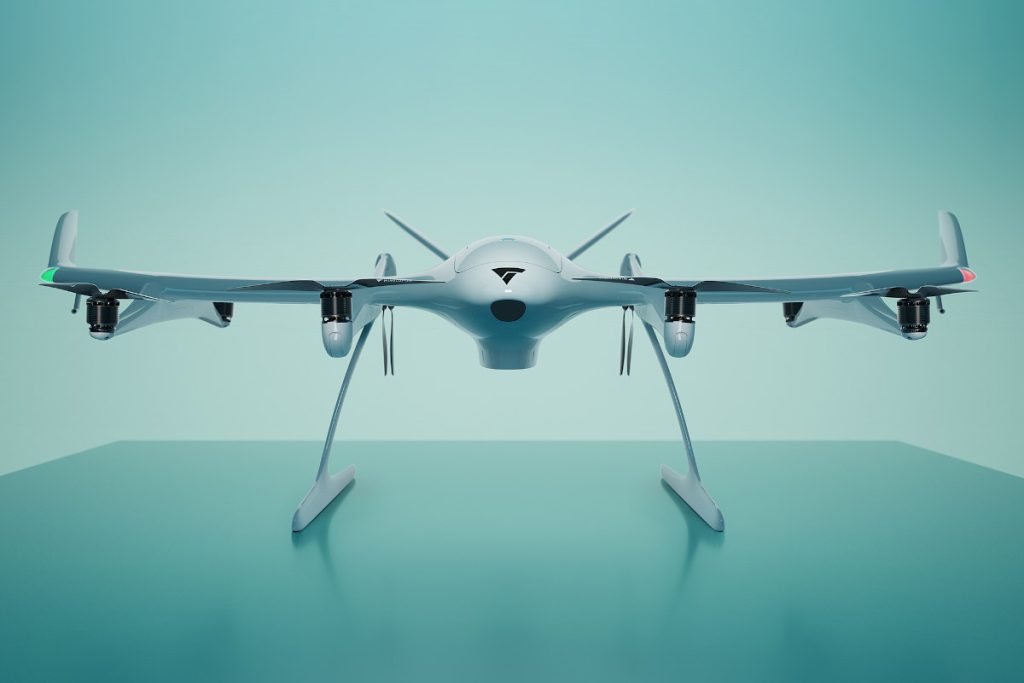 Wingcopter 198 drones can carry a payload of up to five kilograms and, depending on the payload, can cover distances of between 75 and 110 kilometers. (Photo: Wingcopter)

Zeitfracht Group, a German logistics and aviation holding company, and its subsidiary German Airways reached a deal to purchase 17 Wingcopter 198 delivery drones, with options to order an additional 115 drones in two further tranches by the end of 2023.

German drone manufacturer Wingcopter explains the aircraft are to be deployed from the second half of 2024, initially for offshore missions like the delivery of spare parts to wind farms.

The Zeitfracht Group, a third-generation family business with more than 6,300 employees, is already operating in the drone sector with its specialized shipping company OPUS Marine. Wingcopter explains the delivery drones must be able to land with pinpoint accuracy on a moving ship, for which German Airways and Wingcopter will work closely together on the development of this feature.

The Wingcopter drones will take off from Rostock Airport, which has also been part of the Zeitfracht Group since the beginning of the year. Wingcopter explains this environment provides it development team with an ideal environment for extended test flights, as well as premises for measurements and the evaluation of the data collected in the process.

Wingcopters can carry a payload of up to five kilograms and, depending on the payload, can cover distances of between 75 and 110 kilometers. Driven purely by electric propulsion, the aircraft take off vertically, without requiring additional infrastructure, and then move forward horizontally in flight like a normal aircraft.

“We believe the time is now ripe for the commercial use of drones, for example for the delivery of spare parts to offshore wind farms,” said Wolfram Simon-Schröter, CEO, Zeitfracht. “With German Airways, our Rostock Airport and the experience of our shipping company OPUS in delivery operations on the high seas, together with Wingcopter we have the ideal prerequisites to drive this technology a huge step forward.”