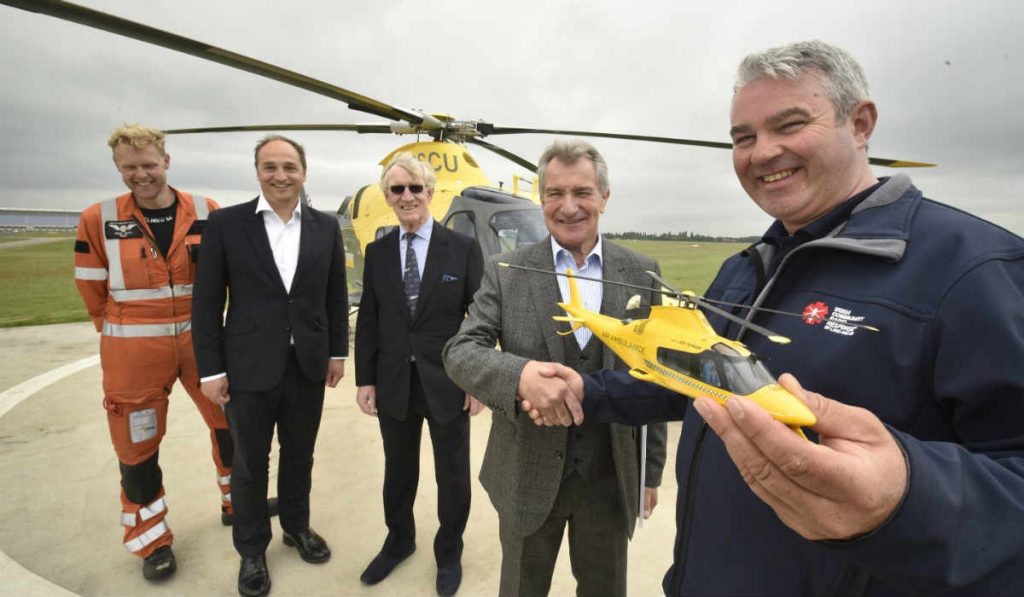 The helicopter will be operated by ICRR and is due in Ireland at the end of July, with the Air Ambulance service expected to begin in August. The ICRR Air Ambulance will be based at Cork Airport and bring a 10,000 square mile area within 20 minutes of critical care.

The Air Ambulance is a Helicopter Emergency Medical Service (HEMS), which will be tasked through the 999 / 112 call system operated by the National Ambulance Service at its National Emergency Operations Centre. The service will include medical crew who can provide life-saving treatment.

“Since 2008, ICRR has developed a network of over 200 volunteer doctors throughout Ireland who can be called on to deliver critical medical interventions which prevent serious injury or death,” said ICRR CEO John Kearney. ICRR has 10 Rapid Response Vehicles (RRVs) in operation to deliver land emergency services, which is also tasked through the 999 / 112 call system.

“It is hoped that €2million can be raised per annum to fund the service,” said Kearney. “The people of Ireland have sustained our land-based rapid response Volunteer Doctors over 10 years and now we’re calling on the public to support this new life-saving air service.”

Sloane Helicopters has been sole Leonardo distributor in Ireland and the UK for more than 23 years, as well as being an Authorised Service Centre. “As we approach our 20th year as an established HEMS operator, we are delighted and proud to have been selected by ICRR to provide EMS helicopter services in Ireland,” said Jeremy Awenat, Managing Director, Sloane.