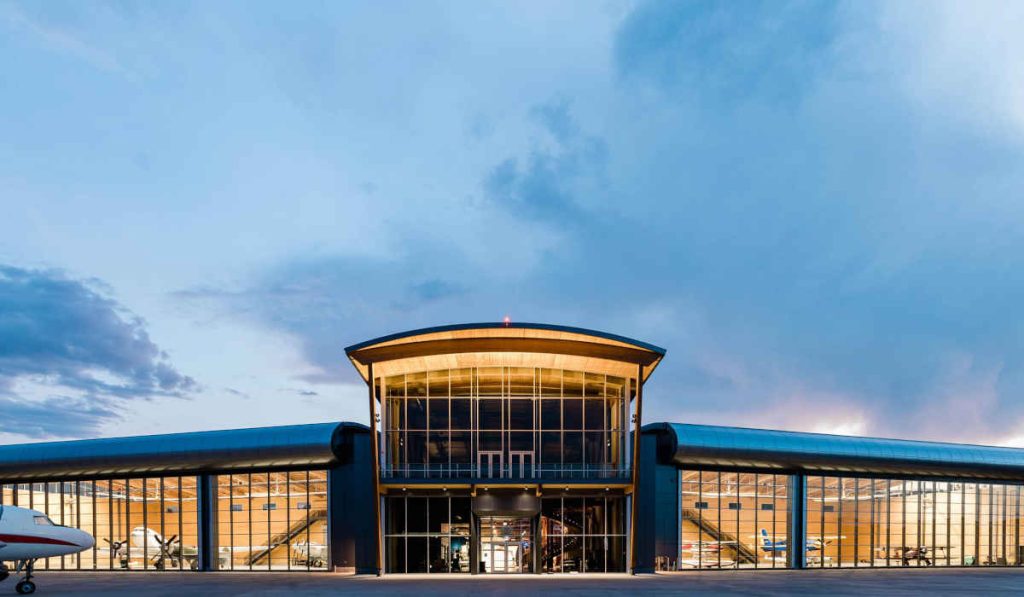 The KF Centre for Excellence is designed to reflect the fuselage and wings of an aircraft, with two hangars available to hold historically important aircraft. (Photo: KF Aerospace)

KF Aerospace on August 30 hosted a ribbon-cutting ceremony for the new 60,000-square-foot KF Centre for Excellence in Kelowna, BC, which was set to open to the public on August 31.

Designed to reflect the fuselage and wings of an aircraft, the KF Centre for Excellence is a legacy project of KF Aerospace Founder and Chairman, Barry Lapointe. The state-of-the-art, mass timber building includes two dedicated hangars featuring a rare aircraft collection, while the building’s fuselage houses an interactive exhibition that tells the story of aviation in the Okanagan Valley.

Initial aircraft on display at the centre will include the de Havilland Mosquito bomber and a newly restored Hawker Tempest MKII, among others. The building also features an airfield viewing gallery and conference facilities for businesses and events in the region. 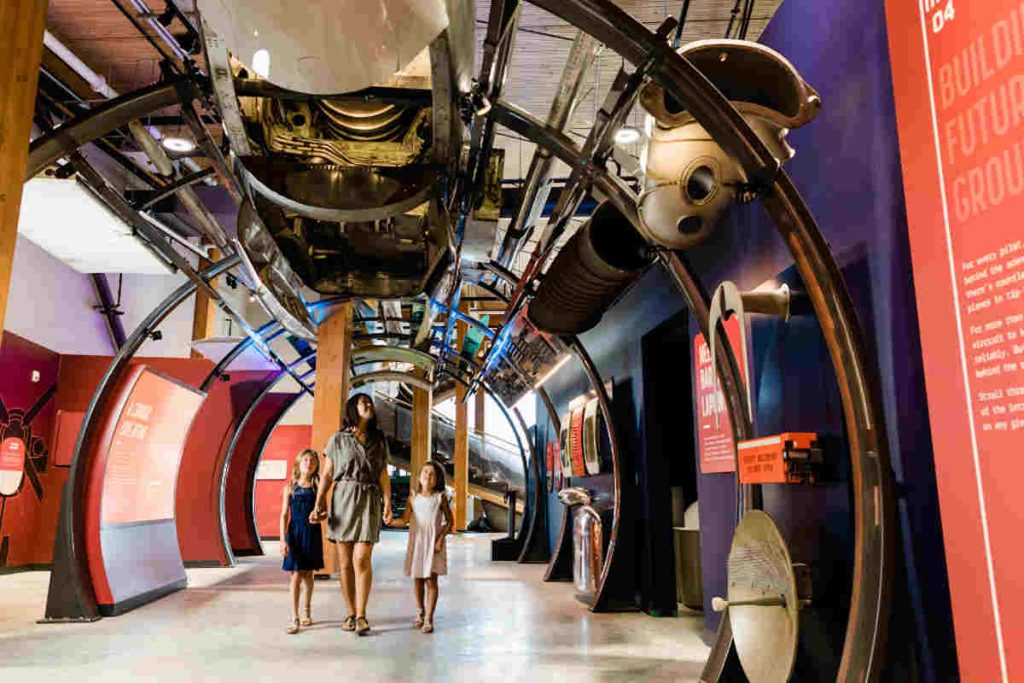 The building’s central fuselage houses an interactive exhibition that tells the story of aviation in the Okanagan Valley. (Photo: KF Aerospace)

“This building will truly be a landmark in the Okanagan Valley for decades to come,” said KF Centre for Excellence Executive Director, Paula Quinn.

“It was built with the entire community in mind, to be a place where those from all generations, cultures and backgrounds can gather,” continued Quinn. “It promises to be a must-see for tourists and locals alike, as well as a major asset to the local business community.”