The Lithuanian Air Force (LAF) renewed its HCare Infinite material management contract for its fleet of three Dauphin AS365 N3+ search and rescue (SAR) helicopters. Airbus reports the contract extension follows a 3-year HCare Infinite contract between the two, which helped to generate a 97 per cent average fleet availability over that period. 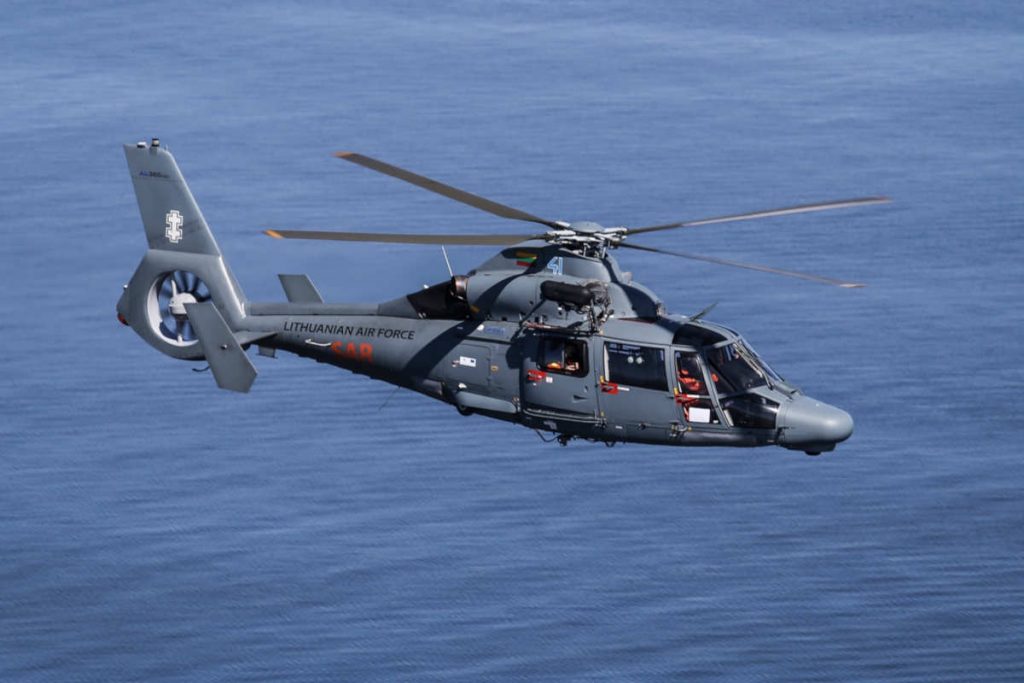 LAF’s Dauphin AS365 helicopters entered service performing SAR missions in 2015 with a three-year warranty and an Airbus commitment to maintain at least an 80 per cent fleet availability rate. LAF’s renewed contract is for another three-year term.

Lithuania was one of the first customers to choose HCare Infinite, described by Airbus as its most comprehensive level of HCare material management services. The terms require Airbus Helicopters to guarantee the operational availability of LAF’s Dauphin fleet, including technical support and supply of spare parts, tools and consumables.

Through the contract, LAF has direct access to Airbus Helicopters’ parts inventory in Šiauliai, Lithuania, as well as the Airbus parts-by-the-hour pool – a dedicated high-availability pool located in Les Florides, Marignane, France. A dedicated technical representative is also embedded on LAF premises to work with the Airbus Customer Support Manager in Marignane.

Today, seven customers with an aggregated 100+ machines have opted for HCare Infinite. Their helicopters include H135s, H145s, Dauphins and Super Pumas, performing a variety of missions: SAR, law enforcement, training and military. They operate in the Middle East, Europe, South America, and Asia Pacific, including the Japan Maritime Self-Defence Force, which launched its agreement in 2016.