Leonardo is attending Helitech 2017, Europe’s premier helicopter show which is being held at ExCeL London from Oct. 3-5, 2017. 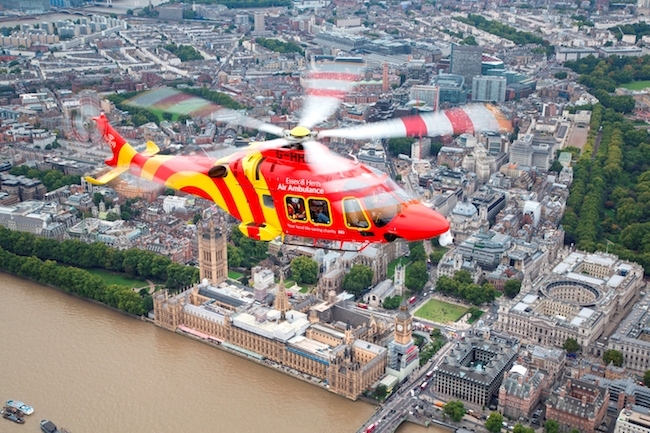 The centre piece of the Leonardo display at Helitech 2017 will be the new generation AW169 helicopter configured for air ambulance operations. In Europe the AW169, the first all new helicopter in its class for more than 30 years, has already found great success in Emergency Medical Services markets in the UK, Scandinavia and Italy. Its high performance, cabin space and advanced safety features are also proving attractive to law enforcement agencies, operators serving the wind farm industry as well as ideal characteristics for passenger transport and harbor pilot shuttle. Recently the Norwegian Police ordered the AW169 for law enforcement operations and the aircraft is already operating in the North Sea in support of wind farms, with additional aircraft due to enter service next year.

In addition to the AW169, Leonardo Helicopters will be promoting its range of modern helicopters including the AW139 and AW189 which, with the AW169, make up the family of new generation aircraft. Spanning the 4 to 9 tonne weight range, the family delivers cost savings to operators of more than one type. The best-selling AW139, with sales of almost 1000 aircraft, and the market leading super medium twin engine AW189 offer unrivalled performance, safety and cost effectiveness for a wide range of roles.

In the light helicopter category Leonardo has the single engine SW-4 and AW119Kx helicopters and twin engine AW109 Power, AW109 GrandNew and AW109 Trekker helicopters for a wide range of passenger transport and public service missions.

Some of Leonardo’s innovative customer support and training systems will be available for demonstration at Helitech 2017 including an AW169 Virtual Interactive Procedural Trainer, the Skyflight mission planning app and Heliwise HUMS analysis services.