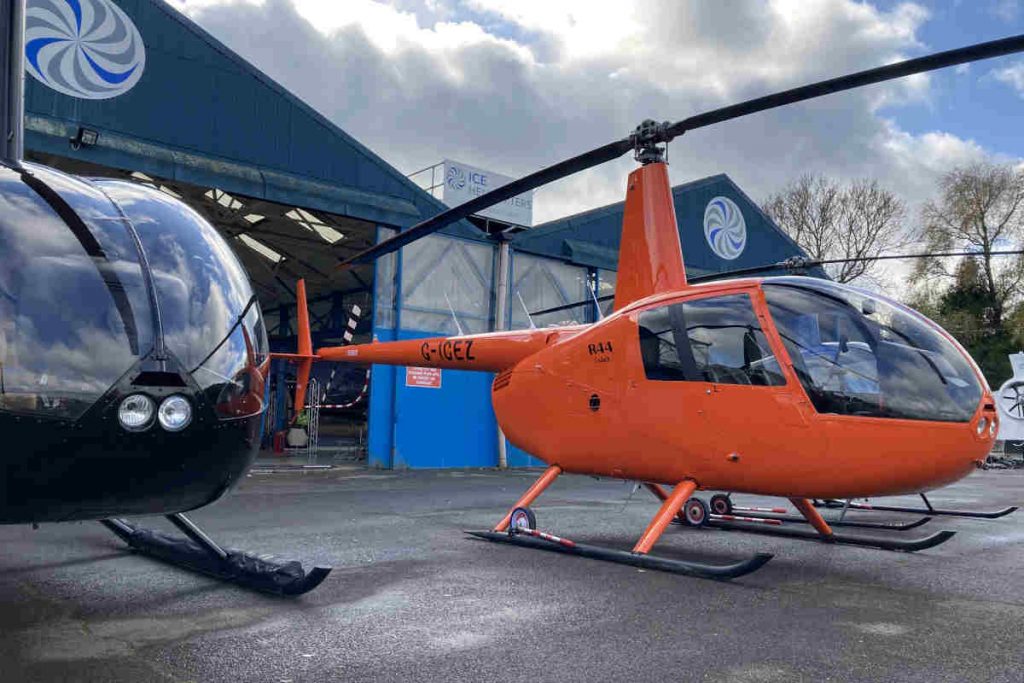 After entering its new Robinson R44 Cadet into service this October, ICE Helicopters plans to add two more such models in the near future. (Photo: ICE Helicopters)

ICE Helicopters, a leading helicopter training provider based just outside of London, England, at the Elstree Aerodrome, has introduced the Robinson R44 Cadet into what the company describes as the most diverse ab intio training fleet in the country.

The Robinson R44 Cadet first flew with ICE on October 1. “It’s a more cost-effective platform for students to learn on and it has better cockpit ergonomics,” said Neil Day, head of training, ICE Helicopters. “In particular, it’s much easier for the student to see the engine gauges compared to our other R44s.”

ICE Helicopters also operates Clipper I and Clipper II models. The company explains, that in comparison, the Cadet has a lower maximum takeoff weight with the derated engine producing 185hp max continuous and a five-minute take off rating of 210 hp and yet despite the limitations it is well within its weight limits even with full fuel and two people – at 100 kilogram each – upfront.

ICE Helicopters also notes the R44 Cadet holds a longer time between overhauls of 2,400 hours instead of 2,200.

“It is already proving beneficial for our students as learning on the Cadet qualifies them to fly any R44 and makes transitioning to the turbine powered R66 far easier,” said Day, who notes the company plans to add two more R44 Cadets in the near future.