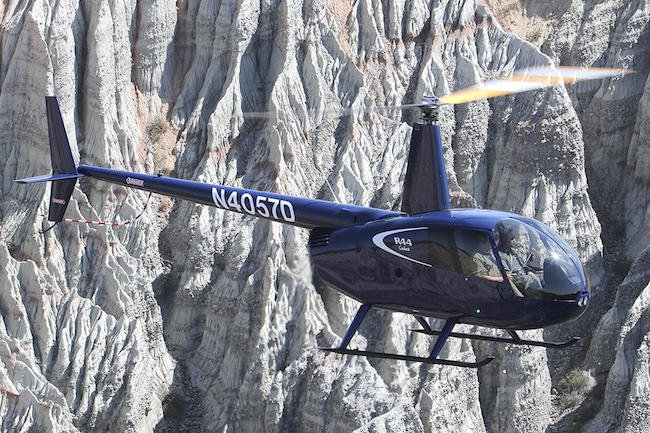 The two-place R44 Cadet received FAA certification on 6 May 2016. The Cadet features ample cargo room in the aft compartment. A reduced maximum gross weight of 2200 lb and derated power provide increased performance margins at high altitudes and extend the time between overhaul from 2200 hours to 2400 hours.

The Cadet’s options list was recently expanded to include Garmin’s G500H Flight Display, GTX 335 and 345 transponders, and GMA 350Hc audio panel. A variety of optional equipment including air conditioning, stability augmentation system with autopilot, and avionics for VFR or IFR training are available.