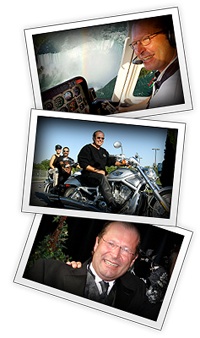 Sept. 18, 2009 – Ruedi Hafen, President and Chief Pilot of Niagara Helicopters has been nominated under Aviator of the Year, for his daring rescue of the man who went over Niagara Falls this past March 11, 2009.

Sept. 18, 2009 – The man who plunged over the Niagara Falls in March did not want to be
saved, but Ruedi Hafen refused to give up. Following up an emergency
call in March, Hafen – founder of tourist flight operator Niagara
Helicopters – hovered his Bell 407 over the drowning man, so a police
officer could attach a sling to his arm.
| READ MORE