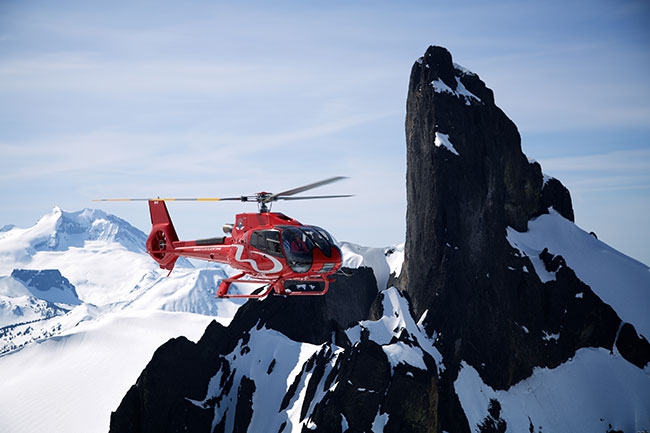 Finance Canada told business leaders in late 2016 to expect weak annual growth of 1.8 per cent on average for the next dozen years. Growth in 2016 was a tepid 1.4 per cent, contracting in the second quarter after wildfires disrupted energy production in the nation’s oil sands region, bouncing back in Q3, but leveling off again by year-end. Energy-sector investment is in deep decline, productivity is slowing, and consumer debt is at record levels.

David Doyle of Macquarie Capital Markets Canada says interest rates and the price of oil are going to conspire to drag the value of the loonie to a low of around 65 cents U.S. in the next 12 months. Five years ago, the Canadian dollar was at about parity with the U.S. greenback.

“I think it’s important for people to understand the situation that we’re in, and the low-growth environment that we’ve had for the last decade, when we’re making budget decisions,” said Daniel Lauzon, spokesman for Finance Minister Bill Morneau.

One ripple effect of the current economic malaise is reduced resources for regulatory agencies such as Transport Canada (TC), which had its budget cut by 21 per cent for 2016-17. Moreover, TC was placed under “special oversight” by a Treasury Board envoy because they overspent their 2015 funding, which Transport Minister Marc Garneau blamed on the previous Conservative government. “It’s a difficult financial situation,” Garneau said, but he insisted, “It’s not going to have any impact whatsoever with respect to safety and security.”

That may be the perspective from TC’s fearless leader, but diminishing service levels and an overall frustration with the capacity of TC to work with the industry on a variety of issues was raised by several operators at the Helicopter Association of Canada’s annual tradeshow and convention in Edmonton.

“Transport Canada has no people and they have no money,” lamented Paul Spring, president of Phoenix Heli-Flight, a charter helicopter operator based in Fort McMurray, Alta. Spring noted that the funding problem is “systemic” and is delaying action on issues such as helipads and night vision goggles. For example, “The guy in charge of writing the new regulations for NVGs for commercial operators isn’t allowed to travel outside Ottawa because they won’t pay for it.”

And with the oil-and-gas sector accounting for about one-quarter of the global helicopter fleet, the energy downturn has created a huge surplus of aircraft. Roughly 20 per cent of the 1,900 helicopters worldwide serving the oil-and-gas industry are idle or underemployed.

Two of the most visible industry casualties have been CHC Group, formerly Canadian Helicopter Company, and Erickson Air-Crane. CHC filed for Chapter 11 bankruptcy protection in November and plans to reduce its fleet of about 230 helicopters down to 75. Erickson, based in Oregon, also filed for bankruptcy in November. Former CAE civil simulator executive Jeff Roberts has been attempting to rescue the iconic heavy-lift helicopter manufacturer following his predecessor’s ill-timed acquisitions in 2013 of Evergreen Helicopters and Air Amazonia.

Too Many Aircraft?
Given the number of operators in Canada and the diminishing amount of contracts available, it’s quite possible 2017 will see more consolidation and a general paring down of total numbers. It’s a situation many operators have been predicting for years.

“The problem with the Canadian industry in general is there are too many helicopters and too many mom-and-pop outfits who are willing to cut prices, cut corners, and not upgrade their aircraft, not upgrade their avionics, just run the same tired 40-year-old equipment and keep bringing the price down,” noted Spring. “For example, we’re still polluted with helicopters in Fort McMurray. The people who haven’t been here as long and don’t have an established customer base are trying to grab customers by price, pricing machines at 40 per cent discount. It seems like every time one of the marginal companies goes out of business, the machines go up for sale at a super cheap price and then somebody buys one and starts another company.”

Spring predicted, “I don’t see the helicopter industry recovering until the resource sector in Canada rebounds in a major way from coast to coast and we get some major projects going and start getting the economy firing on all cylinders again.”

In the first nine months of 2016 (the latest figures available as this was written), rotorcraft shipments globally declined 16.0 per cent to 615 units compared to 732 units in the same period last year, according to the General Aviation Manufacturers Association (GAMA).

In their annual forecast of global civilian-use helicopter purchases, Honeywell Aerospace has reduced its estimate by nearly 10 per cent from the previous year. They now predict that between 4,300 and 4,800 rotorcraft will be delivered in the five-year period from 2016-2020, compared with a prediction of 4,750-5,250 a year ago.

One of the bright spots in the Canadian helicopter outlook is that Bell Helicopter, a division of U.S.-based Textron, is relocating production of its new 505 Jet Ranger X light single-engine to Mirabel, Que. The company has orders for about 400 aircraft, meaning 100 new jobs, with deliveries beginning this year. Transport Canada (TC) certified the 505 in December. (For more, see “Keying in on Innovation,” pg. 16)

Fighting Fatigue
In addition to current woes, helicopter operators are concerned about a “time bomb” which TC is expected to drop this spring in the form of proposed new fatigue management regulations. The issue has been kicked around since 2010, and implementation for helicopter operators is not expected until 2021-22.

We can anticipate déjà vu this spring, when the proposed revised regulations are expected to be published, of the reaction by the helicopter community to TC’s original Notice of Proposed Amendment (NPA) three years ago. Industry associations representing aerial work, air taxi and commuter operators vociferously dissented, labeling the recommendations as a “one-size-fits-all” approach with the potential to cripple sectors of the Canadian aviation industry.

Transport Canada director general, civil aviation, Aaron McCrorie described the 2014 NPA as “broad brush strokes how we intend to operate,” and acknowledged that it “generated a fair degree of reaction from industry.”

McCrorie said, “We subsequently worked with operators to better understand their concerns. We’ve made some changes to the proposed regulations that we’re working on now.” TC expects to publish the revision in Canada Gazette Part 1 in “early mid 2017” and then in Part 2 “later in 2017.” In between, there would be a comment period and evaluation of the input. CAR 705 “air carriers will have one year to comply with the new regulation. Helicopter operators under parts 703 and 704, if they’re carrying passengers, will have up to four years to comply.” McCrorie noted, “Most helicopter operations take place in part 702, which is aerial work – the new regulations will not apply to them.”

Spring told Helicopters, “It doesn’t matter when it does hit, it’s still going to be devastating. They’re hoping they can pass the legislation, saying it won’t hit you for four or five years, don’t worry about it, then everybody will go to sleep. When it comes along, it’ll kill us.”

Fred Jones, president and CEO of the Helicopter Association of Canada (HAC), said, “If they move forward in their current form, the regulations will be quite oppressive for the helicopter industry. Everybody’s going to be hurt buy this.”

Jones said Transport Canada conducted a survey of operators, “but I would argue that it made matters worse, not better, because the survey was confusing and complicated and ambiguous. So, I don’t think it can be used in support of any regulatory proposal on this subject.”

Among the provisions is a reduction in the maximum length of a flight duty period; a significant reduction in the maximum tour length, which includes the time it takes to move crews to and from a job site; and removal of the “zeroing” provisions in current regulations (the ability to reset a pilot’s accumulated consecutive day flight times to zero after five consecutive days free of duty).

Jones said, “The upshot is that the latest draft of the regulation would still require double crewing during the summer months, primarily because to staff a full day you’re going to need two crews or you’re going to time out very quickly, even where the number of hours is very low.”

“They’re cherry picking data,” he alleged. “It’s been a flawed process with lack of meaningful consultation. They’ve drawn conclusions that 85 per cent of crashes happen in 702 and 703 operations, therefore fatigue is present. The 702 and 703 pilots land in wavy oceans and unprepared landing areas. They sling air conditioners on rooftops and fight forest fires. It’s not the same to compare that group with a major airline that’s landing at an airport where the surface is prepared, the charts are written, everything’s been tested; it’s optimized for success. Whereas the guys who are operating in the other part of the industry have to figure it out that moment as they’re about to land.”

Whether it’s the inevitable changes prompted by the new flight and duty regulations or uncertainty about difficult economic conditions, 2017 promises to be another challenging one for the Canadian helicopter industry.