Features Aerial Firefighting
Taking on the risk: project aimed at reducing threat of wildfire in Nelson 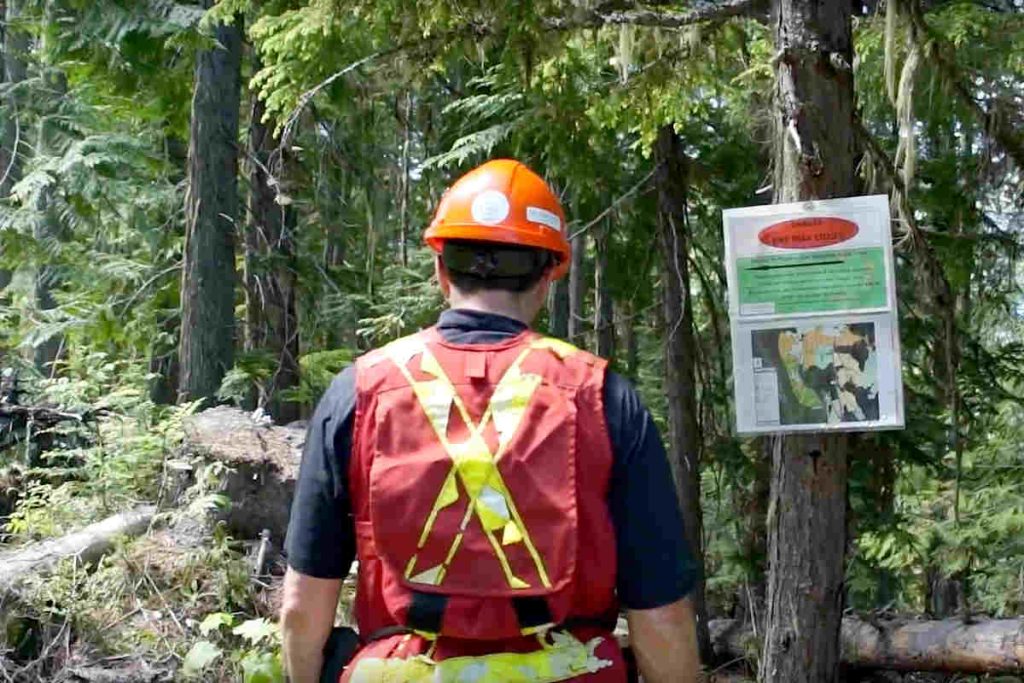 Kalesnikoff Lumber partners with BC Wildfire Service on a fuel management project near Selous Creek to reduce the risk of wildfire adjacent to the city of Nelson. (Image: Kalesnikoff Lumber, YouTube)

Nelson has been rated by some wildfire experts as being one of the most high risk towns for a wildfire interface forest fire in B.C., noted a local forest development manager.

Gerald Cordeiro from Kalesnikoff Lumber Co. Ltd. said in a video on the reduction of the wildfire risk to Nelson that a fuel management project near Selous Creek is designed to reduce the risk of wildfire adjacent to the city of Nelson.

“So here we are trying to create forest conditions that would not be conducive to an aggressive fire spread,” he said during the brief but well produced video.

Many of the Kootenay forests have quite a history of wildfire and it has shaped the forest and the eco-systems in the region, Cordeiro explained.

A lot of forests tend to burn on a cycle of 100 to 200 years, he added. Looking around the Kootenays Cordeiro said there isn’t a stand that at one point or another hasn’t been replaced by a fire.

“And so we don’t expect that to completely stop, but what we are trying to do is interrupt that cycle a little bit to save fire from our communities,” he said.

The Regional District of Central Kootenay (RDCK) and Kalesnikoff are collaborating on the project near Selous Creek — through funding from the Forest Enhancement Society of BC — that covers an area of approximately 80 hectares (ha) directly upslope from the Great Northern Rail Trail on provincial Crown land.

Prior to this, similar projects have occurred in the West Arm Provincial Park and Harrop Procter Community Forest.

The Selous Creek project is unique due to its scope and scale.

A look back
The project started six years ago with three general types of treatment: mechanical harvesting; hand treatment of understory; and post-harvest treatment.

In May of 2022 the mechanical harvesting was completed by Kalesnikoff, involving 65 ha of partial-cut cable and ground-based harvesting systems.

“The 13 ha hand treatment phase is half completed with seven ha treated in June 2022, and the remainder scheduled for this fall,” noted an RDCK release. “The post-harvest treatment phase will commence in late July to prepare the area for a prescribed burn.”

The burn will utilize a machine tied off to a cable moving across the hillside creating fuel breaks around the outer perimeter of the harvest area and around reserve patches.

Dependent upon weather conditions and BC Wildfire Service (BCWS) availability, the burn will be completed under the direction of BCWS this fall and again next spring.