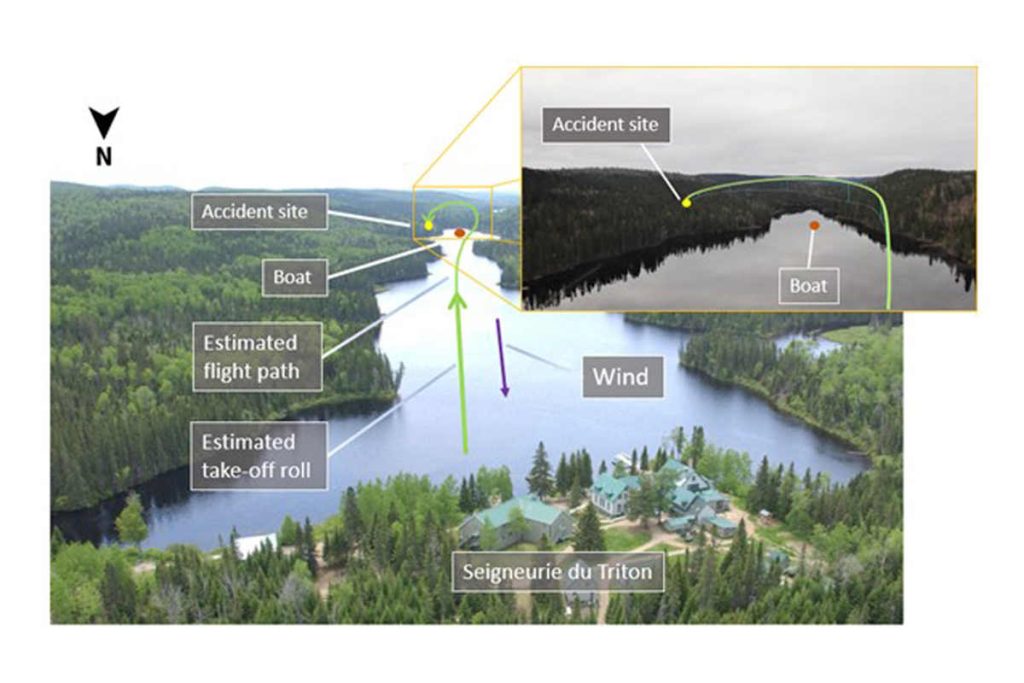 The Transportation Safety Board of Canada on April 26 released its investigation report (A21Q0083) into the fatal loss of control and collision with terrain of a Piper J3C-65 floatplane that occurred on September 12, 2021 in La Tuque, Quebec.

TSB explains the plan was for the pilot to fly over the outfitter’s cottages after takeoff so that the passenger could take photos.

Shortly after takeoff, in ground effect near water, TSB explains the pilot lost control of the floatplane during a left turn at a 45 degree angle. The floatplane entered an aerodynamic stall, leading to an incipient spin. The floatplane struck trees, explains TSB, then terrain in a vertical attitude.