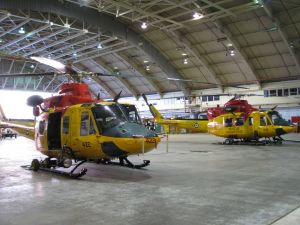 Operating out of 8 Wing, Trenton Ontario, Vector provides flightline servicing on four CH-146 Griffon helicopters (Bell 412HP) employed in SAR operations throughout Eastern Canada. Vector has provided this essential service to the DND since taking on the initial contract in June, 2007.

In addition to the Griffon support for the DND, Vector also conducts inspection and maintenance services on Griffon helicopters annually from its facility located in Langley, British Columbia.  As well, Vector provides repair and overhaul for the Canadian CH-124 SEAKING fleet (General Electric T-58 engines, gearboxes, transmissions and dynamic components) from its main repair and overhaul facility in Richmond, British Columbia.  Vector Helicopter Services has a long history of supporting Canadian and US military helicopter fleets, as well as those from various other military and defense organizations around the globe.