“I love Saskatchewan, I was born here, my heart has never left here, I have family and many friends in my hometown of Saskatoon and I know the outstanding work that STARS does in this province.” 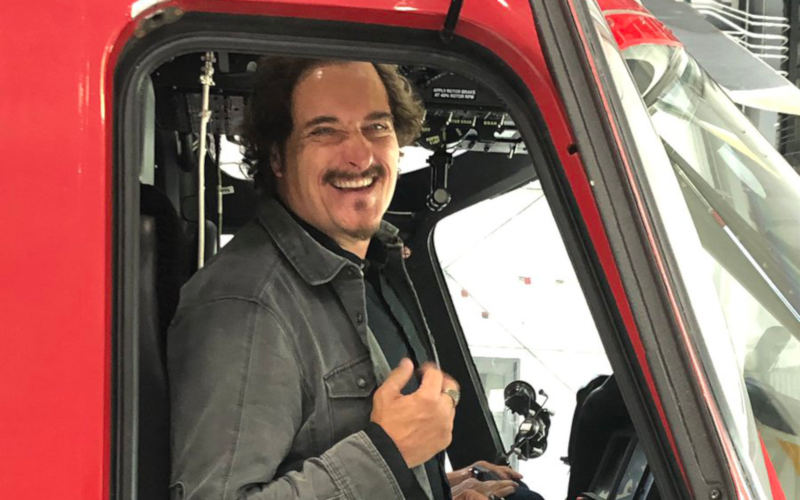 Actor Kim Coates was at STARS’ base in Saskatoon on August 7 to help launch the Pegasus Project. (Photo: @STARSairambulance / Twitter)

Actor Kim Coates, who was born in Saskatoon, is helping to lead awareness for the new STARS Pegasus Project, launched on August 7, 2019, as a unique fundraising campaign in support of STARS air ambulance in Saskatchewan.

The Pegasus Project was developed by a group of automotive enthusiasts who will post their progress of building a custom 1968 Ford Mustang 427 coupe that will eventually be sold in early 2021. Proceeds from the sale will go to STARS air ambulance in Saskatchewan. It is part of the STARS capital campaign to raise funds for new helicopter equipment.

STARS in June 2018 unveiled a multi-year plan to renew its current fleet of BK117 and AW139 helicopters with nine Airbus H145 aircraft, with an estimated cost of $13 million each, medically equipped. The first two new aircraft were delivered to Calgary in May 2019.

The one-of-a-kind Mustang 427 coupe will first be featured at the international SEMA Convention automotive industry tradeshow in Las Vegas, November 2020. It will then be sold at the Barrett-Jackson Auction in Scottsdale, Arizona, in January 2021. 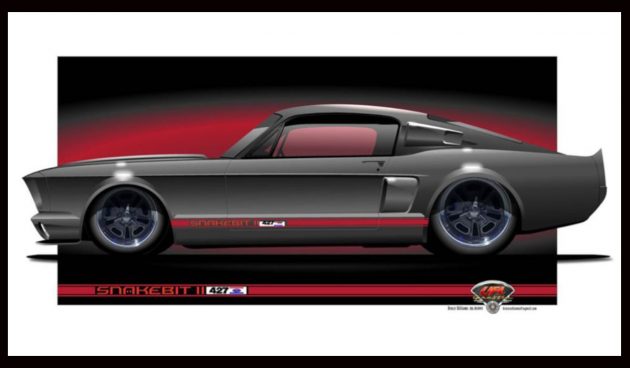 The initial concept rendering of the custom 1968 Ford Mustang 427 coup for STARS Pegasus Project. The charity car is scheduled to be built by November 2020 before it is sold at the Barrett-Jackson Auction. (Photo: @starspegasusproject / Instagram)

“I love Saskatchewan, I was born here, my heart has never left here, I have family and many friends in my hometown of Saskatoon and I know the outstanding work that STARS does in this province – STARS provides critical care and saves lives every day and I believe in their work,” said Coates. “It’s tough work. I also believe that we all need to do our part. That’s why I’m so excited to be a part of this incredibly special and cool project.”

Best known for his work in the gritty crime dramas Sons of Anarchy and Bad Blood, as well as a range of Broadway and Stratford Festival roles, Coates put his endorsement behind the Pegasus Project along with Saskatchewan-born NHLers Brayden and Luke Schenn, Tyler Bozak and Jayden Schwartz.

“You can’t get more passionate about this project than the team we’ve put together. Big thanks to Kim Coates for becoming our front-man, to our homegrown NHL players for their support, our lead donors and, of course, to STARS for their tremendous care,” said Pegasus Project team member, Vaughn Wyant.

Ford, which supported a similar 2014 project for the Children’s Hospital of Saskatchewan by the same group, is also standing behind the Pegasus Project. “The Ford Mustang 427 coupe will be an exceptional addition to any car enthusiast’s collection and this is an innovative way to raise money for new helicopter equipment,” said Dean Stoneley, president and CEO, Ford Motor Company of Canada. “The STARS air ambulance program provides a vital service to the people of Saskatchewan — we wish Vaughn Wyant and the other Pegasus Project volunteers great success with their fundraising campaign.”

The name STARS Pegasus Project, according to organizers, was derived from three important elements of the campaign, including WINGS (helicopter), HORSE (Mustang) and STARS. People can follow the build of the car through the Pegasus Project’s website.

“Our entire province knows the tremendous impact that STARS has made since arriving in Saskatchewan and I am particularly thrilled to participate in the unveiling of this unique fundraising initiative,” said Saskatchewan Premier Scott Moe. “The compassion and generosity of the people of Saskatchewan is truly remarkable and I look forward to its potential for STARS.”

Since embarking on its first air-medical mission in Alberta in 1985, STARS now operates 24/7 from bases in Calgary, Edmonton, Grande Prairie, Regina, Saskatoon and Winnipeg.