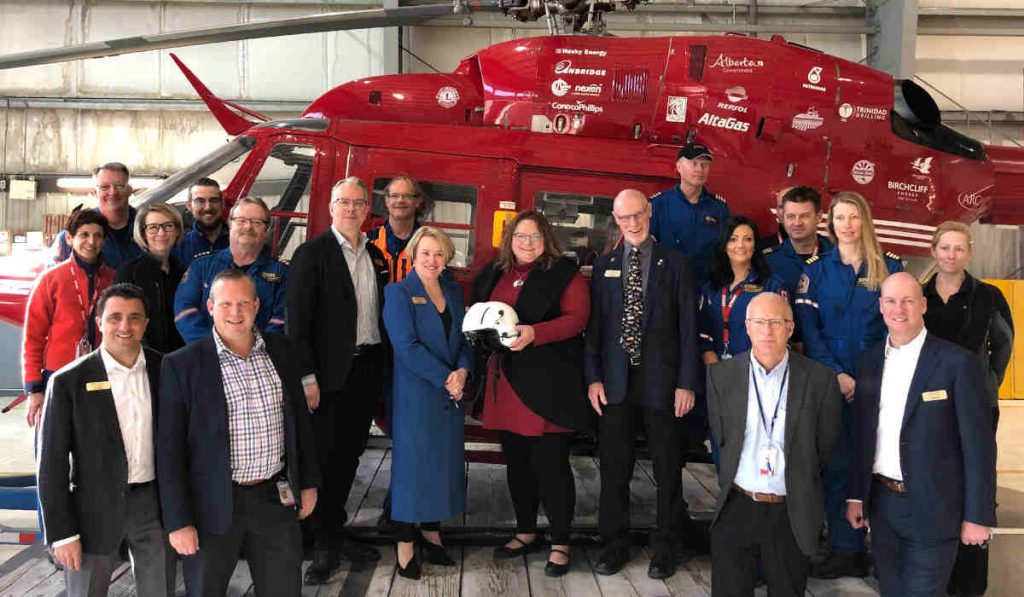 STARS Air Ambulance in October 2018 began a public campaign to fund new concrete plans to replace its aging BK 117 helicopter fleet with new nine aircraft over the next five years. Operating out of six bases in Western Canada, STARS is focusing its fleet update on the Airbus H145, projecting the cost of each helicopter at approximately $13 million.

The Government of Alberta on March 16 stepped up to fund one of STARS’ new Airbus H145 helicopters. It will be one of four based in Alberta, with three other H145s destined for STARS’ operations in Saskatchewan and one in Manitoba. The air-ambulance, not-for-profit organization is expected to receive its first new helicopter – with the first H145 HEMS configuration in Canada – this spring.

On March 19 it was then announced in the Federal budget that STARS would receive $65 million to help replace its fleet of aging aircraft. The Government of Canada described how STARS’ operations support important federal responsibilities, including indigenous communities, responses to natural disasters, the RCMP and the natural resources sector.

“STARS has a long history performing thousands of life-saving missions across our province. We’re glad to partner with an organization essential to emergency care in Alberta,” said Sarah Hoffman, Minister of Health, Government of Alberta. “These funds, along with the generosity of donors, will ensure that helicopter-based emergency medical services are there when Albertans need them the most.”

STARS, operating under an affiliation agreement with Alberta Health Services, last year flew more than 1,450 missions in Alberta alone, from bases in Calgary, Edmonton and Grande Prairie. Since 1985, the organization has flown more than 40,000 missions – typically staffed by critical care paramedics, nurse paramedics and emergency physicians. “We are very excited by this funding announcement from the Government of Alberta to support the next generation of our helicopter air ambulance fleet,” said Andrea Robertson, president and CEO, STARS. “This new aircraft will make a significant impact on the lives of countless Albertans who rely on STARs for critical care and transport.” 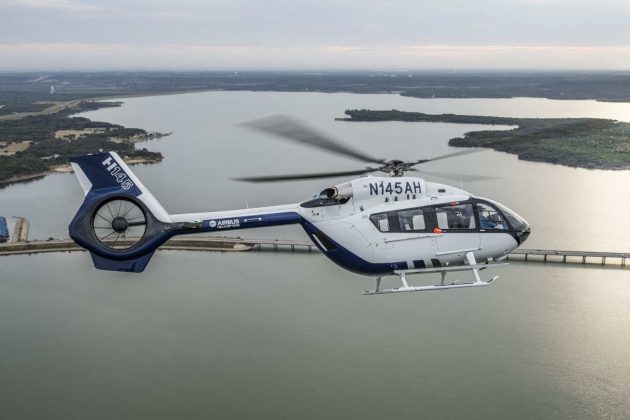 Airbus states the twin-engine H145 was chosen based in large part on the HEMS heritage and safety record with its BK117 and EC145 predecessors. The company continues to explain the H145 with HEMS interior will support STARS in providing a safe, rapid and highly specialized emergency medical transport for the critically ill and injured, many of which are located in rural areas. “STARS air ambulance has set a fantastic record and example for EMS operations, not only in Western Canada but across the country,” said Romain Trapp, president of Airbus Helicopters Canada, when STARS made its October 2018 decision to update with H145 aircraft.

The H145 is the newest member of the Airbus’ 4-ton-class, twin-engine rotorcraft product range. To date, the global H145 fleet has achieved more than 100,000 flight hours since entry into service in 2015, with more than 200 units delivered. Back in October 2018, Robertson explained: “The impressive new H145 fleet is a generational investment in our future, helping us continue to provide critical care services for decades to come. A unified fleet is considered best practice in terms of safety, fleet management, dispatch flexibility, and cost-effectiveness.”