The Mexican Navy has received its final two AS565 MBe Panther helicopters during a delivery ceremony at Airbus Helicopters in Marignane, France. 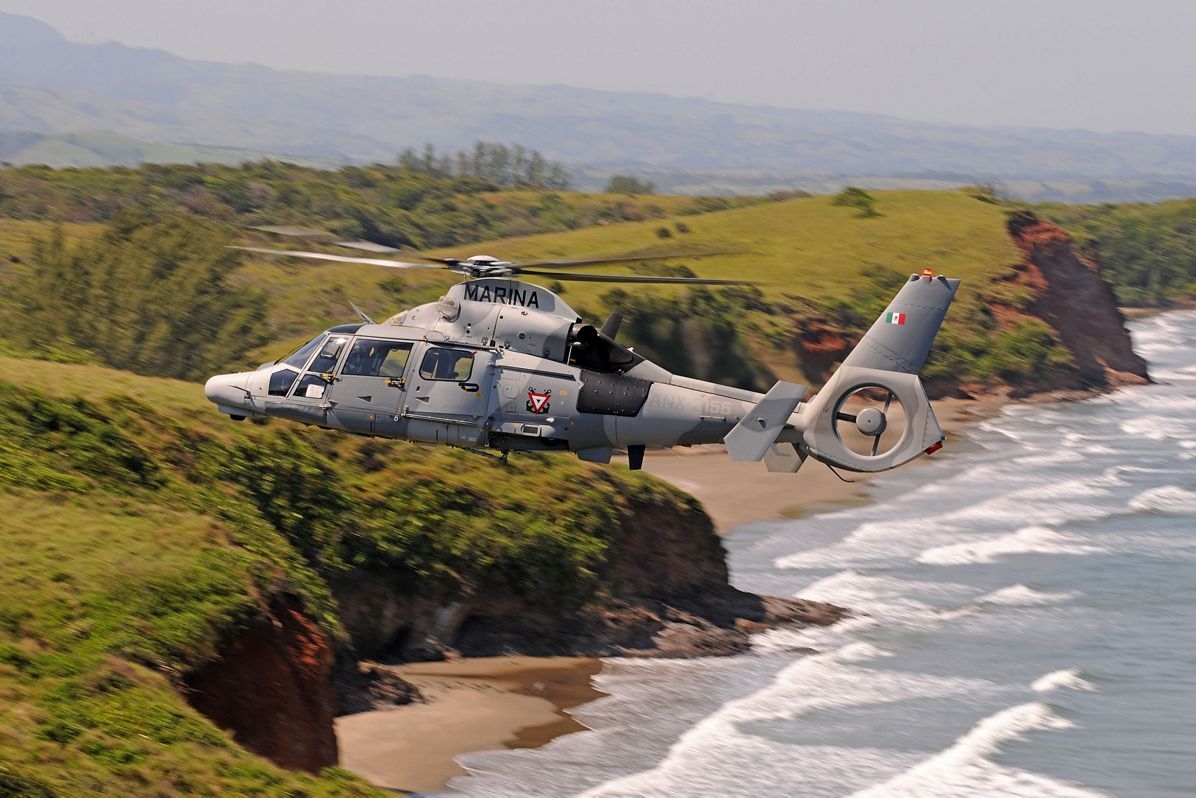 With its order for 10 units in 2014, the Mexican Navy became the launch customer of this new version. The first four helicopters were delivered in 2016, and the remaining six during the course of 2017.

Stationed at three naval bases in the Mexican states of Veracruz, Sonora, and Michoacan, the helicopters perform an average of 300 flight hours for reconnaissance, patrol missions and training flights.

“The arrival of the MBe Panther has enhanced the Navy Aviation’s operational capabilities,” explained Admiral Jose Maria Garcia Macedo, the Mexican Navy’s general director of Naval Aviation. “It is a modern, multi-mission helicopter that we can use in both maritime and land environments for a wide range of missions, including maritime SAR [search-and-rescue], disaster relief, external load operations and even air ambulance.”

To carry out such a range of missions, the MBe Panther makes use of advanced mission equipment that includes a cargo hook, a rescue hoist, forward-looking infrared (FLIR) for night-time rescue missions and a total of four stretchers for medical evacuation.

“I would like to thank the Mexican Navy for their confidence in our helicopters,” said Mesrob Karalekian, Airbus Helicopters’ vice president for Latin America. “To help ensure success for their critical missions, we have made a technical and logistical support team available to them around the clock in Veracruz. Some 30 pilots have also been trained, many of them receiving specific training in SAR and night vision goggles (NVG).”

The AS565 MBe combines new and proven technologies to offer more value to operators. It is equipped with two Safran Arriel 2N engines, which enhance its performance in hot and high conditions and enable it to achieve a top speed of 278 kilometers (172 miles) per hour and a range of 780 kilometers (485 miles).

It also boasts a new main gearbox, a latest-generation tail rotor and a 4-axis autopilot that reduces crew workload and makes the most demanding missions, such as SAR, easier to perform.