Bell Helicopter has announced the successful demonstration tour of the new Bell 407GXP throughout Nepal. 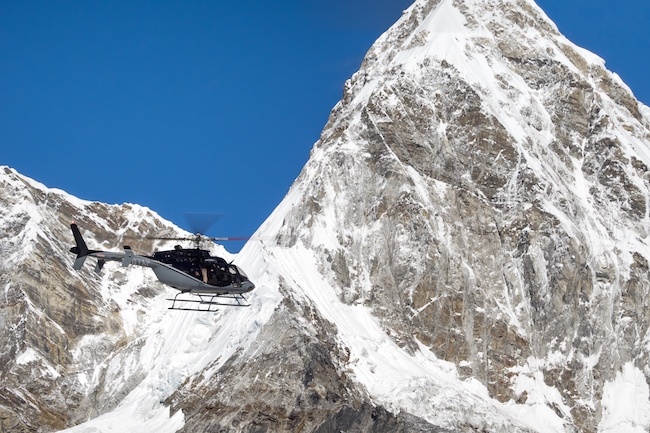 “Bell Helicopter demonstrated the heightened capability and customer-driven enhancements of the popular Bell 407 platform during the tour through Nepal,” said Sameer A. Rehman, managing director, Asia Pacific. “Throughout the demo tour, our customers praised the performance capabilities of the Bell 407GXP – noting its smooth ride, maneuverability, and increased performance at high altitudes. Proving this incredible helicopter’s capability in the Himalayan mountain range was a true testament to the Bell 407GXP’s game-changing performance in the highest terrain on the planet.”

Bell Helicopter introduced the latest variant of the popular Bell 407 platform at Heli-Expo 2015 in March, with great customer interest. The new aircraft incorporates the reliability and advanced technology of the Bell 407GX platform, and introduces performance enhancements, payload increase and pilot workload reduction.

Derived from the Bell 407GX platform, the Bell 407GXP has an additional 50 lbs (22.5 kg) of payload capability, coupled with the new M250 Rolls-Royce engine that improves performance and fuel efficiency delivering class leading hot and high performance. The aircraft is also equipped with new avionics features such as a hover performance calculator improvement, as well as a transmission TBO extension of +500 hours that is expected to lower maintenance costs.