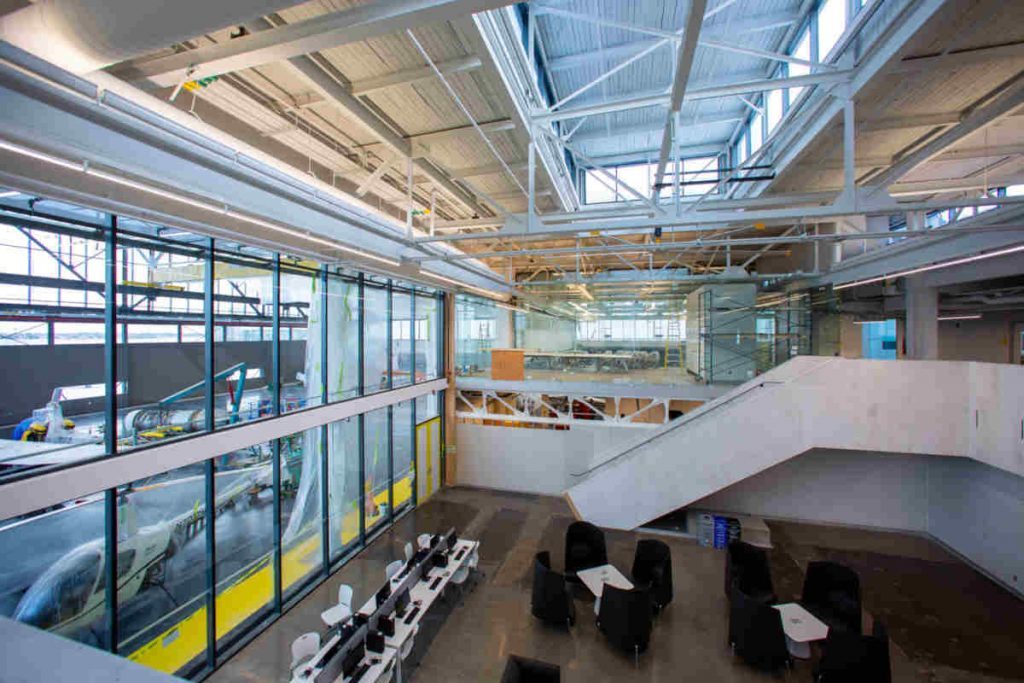 Interior view of the Centennial College Centre for Aerospace and Aviation at Downsview shows the blend of old and new construction. Much of the existing roof shows exposed wooden planks and window wells that flood the building with natural light. (Photo: Centennial College)

Centennial College officially opened its Downsview Campus Centre for Aerospace and Aviation, an education and training facility being developed on one of Canada’s most-historic former military bases just north of downtown Toronto. Centennial moved its aircraft and avionics technician programs from its Ashtonbee Campus in Scarborough to the new site in early January.

Centennial’s campus and its updated aerospace technology programs will serve as the centrepiece of the four-acre campus located on the historic site of de Havilland of Canada. The $72-million project repurposes the former de Havilland building with what Centennial describes as selective demolition and new construction to create 12,700 square metres of instructional space, including classrooms, labs and workshops, two aircraft hangars, offices, a library and food services under one roof.

The college projects this much larger teaching space will allow enrollment to grow from 300 students to more than 900. Another primary goal of the project is to create an Ontario hub for aerospace innovation and development, in collaboration with the Downsview Aerospace Innovation and Research (DAIR) consortium.

The Ontario government contributed $25.8 million toward the project, while Ottawa granted $18.4 million in Strategic Investment Funds. Centennial College and its partners and donors provided the remainder of the necessary funds.

Bombardier, one of the project’s key initial partners and a DAIR member, today announced the donation of a CRJ200 regional aircraft to the program. Centennial’s Downsview Campus has also taken delivery of a Cessna Citation II business jet and a range of smaller aircraft for training purposes, primarily relating to its new mechanical and avionics programs. 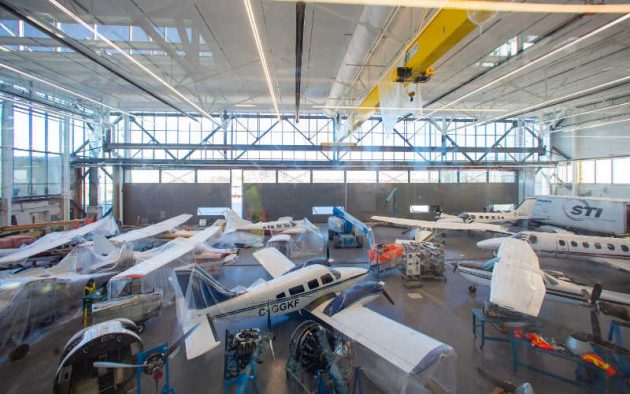 The CRJ200 is the biggest plane, as well as the first ever commercial aircraft, to be received at the site. Bombardier explains the aircraft will allow students not only to have a hands-on experience with CRJ Series technology, but also to learn on a bigger scale, furthering the level of expertise made available through the Centennial College Aviation Program.

“This donation represents not only an opportunity for the Toronto aerospace sector to grow but rather for the whole of Canadian Aerospace, which will surely benefit from it today,” said Fred Cromer, president, Bombardier Commercial Aircraft. “We are at a crucial moment in Canada where the aerospace industry is building up steady growth and the demand for skilled workers is also rising.” 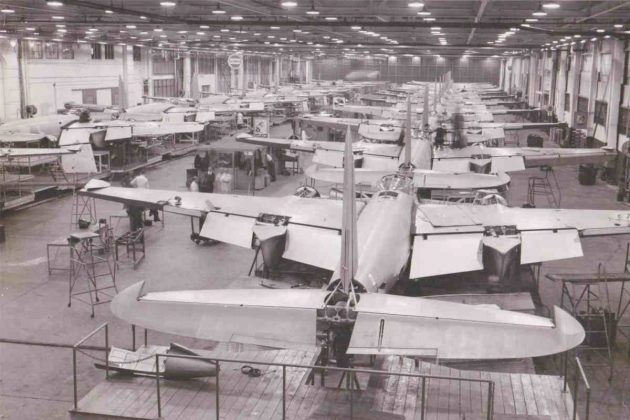 The DAIR Hub is focused on strengthening the both the local and national aerospace sector by increasing collaborative research and development, accelerating technology adoption, helping to scale-up small- and medium-sized enterprises, and addressing the projected skills shortage in the industry through training and re-training.